This week the featured Joe…er, Cobra is the 1997 Cobra Command Team. This was a 3 pack that featured Cobra Commander, the Baroness, and Destro. All were original molds that were repainted for the set.

I picked these up off Ebay MOC. My real interest was just for the Baroness and CoCo, but it was cheaper to just get them all carded than buying them separate. I wanted the cobra commander for 2 primary reasons. Firstly I very much liked his color scheme, in my opinion the v3 should have had a color scheme like this. He looks like the belongs in this color and they did away with the helmet breather hose that hooked to nothing. all in all he looks very nice. The second reason is I wanted him was his pistol, there are many color variants and edition modifications on his pistol. The original CoCo pistol cost $10+ online. I have come across a couple of sellers passing off the 25th anniversary pistol and this one as the V1 pistol. This is probably done out of ignorance as opposed to trying to cheat someone. The problem is they all look similar and it is hard to tell. So now I have one and I know that it came out of this set so I can positively ID others I run across. Also now that I have seen it in person I will not confuse it for the V1 because the 97 is a true black, not the dark dark gray the V1 weapons tend to be. The baroness was a added bonus to the purchase. She also looks very good with the paint redesign. The red gauntlets really pop on this repaint and the chest logo in and upgrade in my opinion. It is amazing to think that this is V2 Baroness. One of the most recognizable characters in all the Joe universe and it took them 13 years to make a V2. Last and least we have Destro. The V3 Destro figure is not the worst in the Joe line however I never liked how bulky he was, “looks like between V2 and V3 he started hitting the gym”. V3 is also the shortest of the first 3 Destro figures, will the real Slim Shady please stand up. I do like the extra shinny chrome that was applied to his mask. I think that is the one color choice that sets him off. With all that said there is a very good reason for his colors, he was original released as the Pimp Daddy Destro. Now if only I could find one of those in the wild.

I do not really collect MOC figures. I don’t have the room or desire to collect those Joes. So when I bid on this set I had planned to open it any way. Yes yes I know some collectors are shaking their head. I don’t think I would open an 95 or earlier carded figure or one that was very rare, but If I get something that is newer I do not mind opening it.  I had planned to open this one when I bid on it, but when it arrived I noticed the bottom was all taped up, you can barely tell from the picture. In fact the main picture on the listing has the bottom of the card cropped out. the tape was applied to hold the bottom of the bubble on the card. I did manage to get the tape off without taking to much ink off the card.  I was a little annoyed by this, because if I was planning on keeping it mint or someone else had won the auction they would have been way more upset than me. At the time of this writing I have not left feedback or contacted the seller. I guess I will just let it slide and hope it was an honest mistake and not deception.

I know many collectors do not like the later Joes, but I can see myself buying more the 97 releases in the future. In all honesty its just classic Joes with an updated paint scheme. 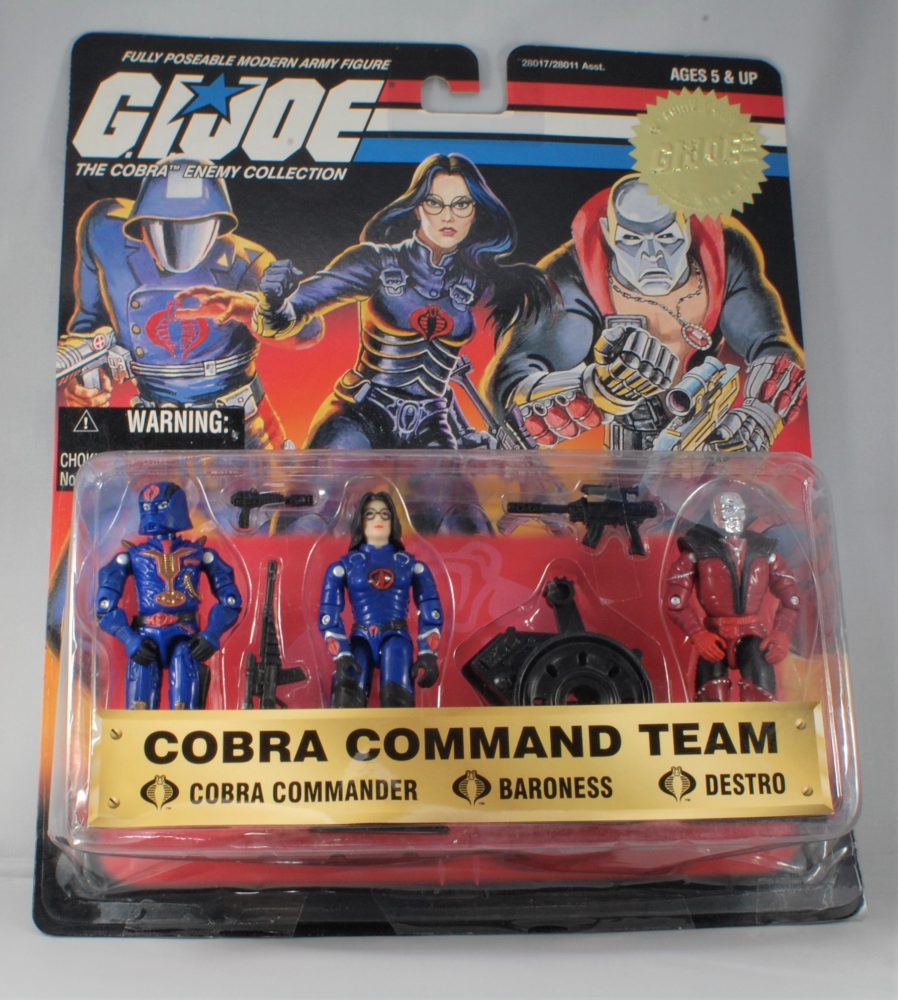 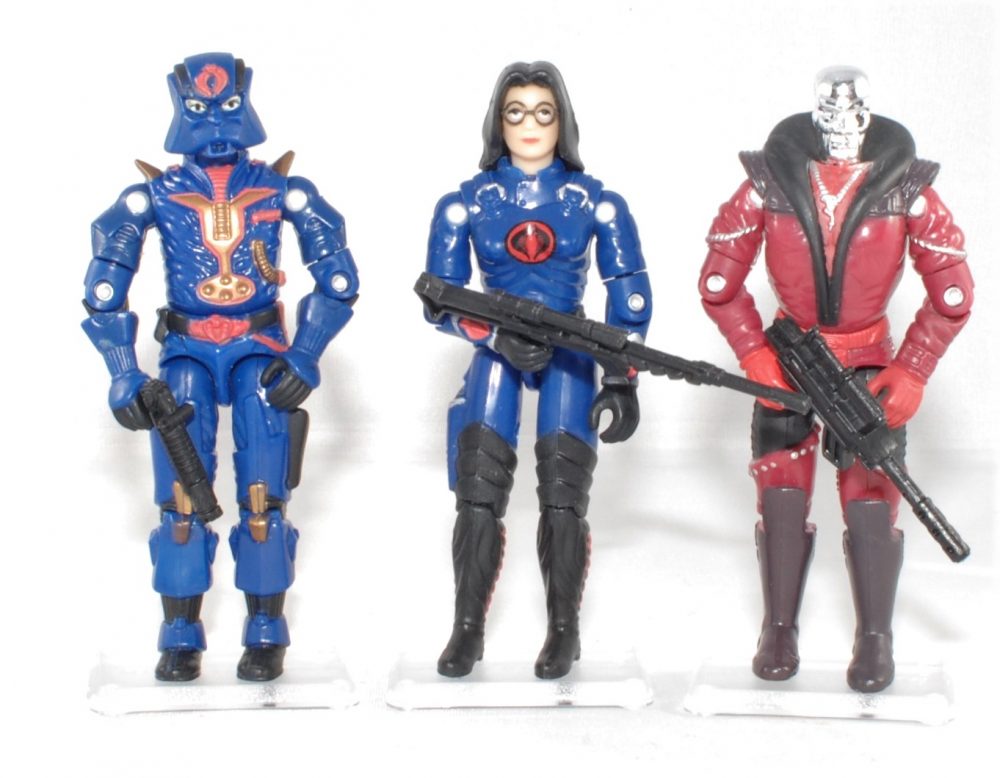 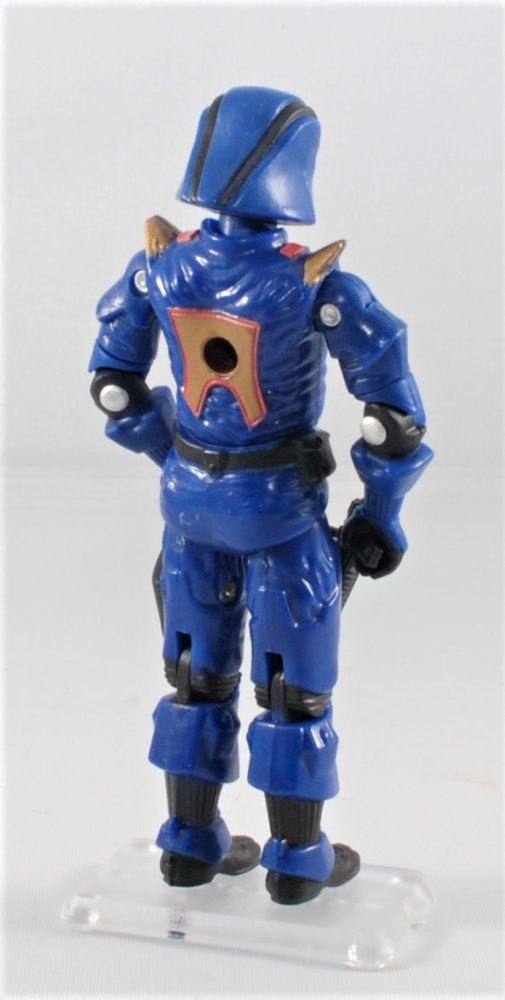 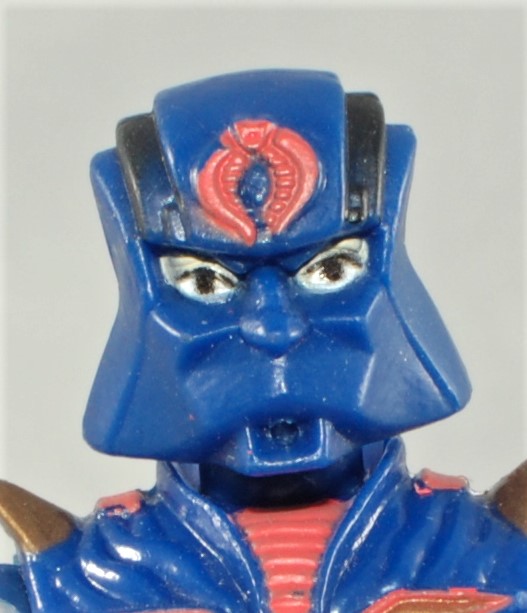 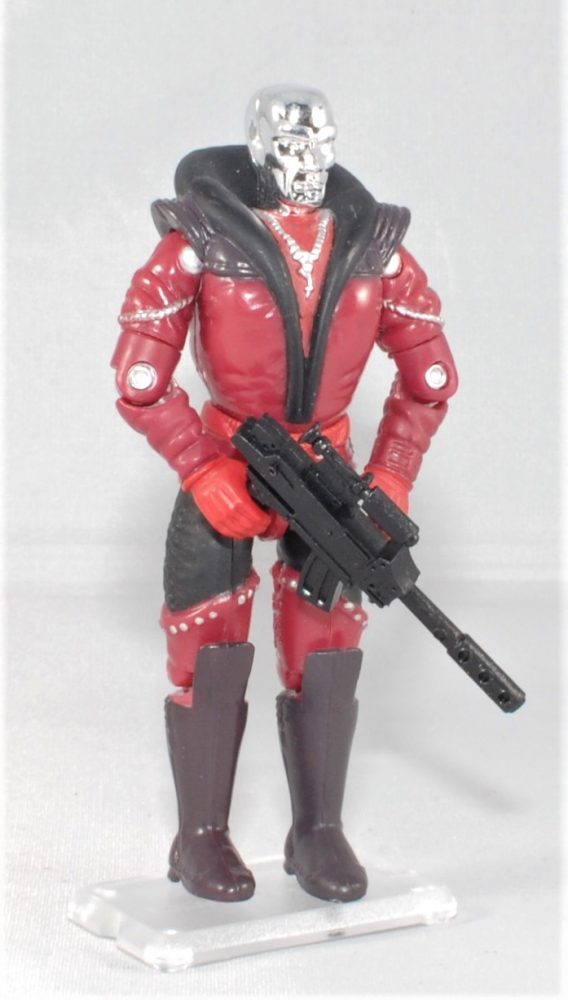