It has been a while sense, my last post. I have been in a paint frenzy of late to complete my army for Slambo. So the next few Updates will be short and rapid fire.

I was so excited to paint these models, I know they are very simple as far as detail goes, but they are great sculpts and they have so much table presence. Before I started I took some time to look around the web and see what everyone was doing with theirs and I found some awesome ideas. In the end I choose to go with a simple easy design.

I used the same technique on the skull that I used for all the skulls in the army. However because of the large smooth areas, my dry brushing did not come out the way I wanted it. I was a bit disappointed with how splotchy they looked so I had to start over on one of them. In the end I just use the less is more theory  and kept them mostly plain. I was a little let down by my lack of creativity and technique on the models, but in the end I needed to get them done and move on.

Tactics: On the table this is one of the best, “endless spells” in the game. It can shut down enemy casting if they are in range. last tournament I ended up doing a load of damage to my opponents caster heavy army when he rolled that sweet sweet natural 8. Even if the opponent is not magic heavy I can use them as blocking terrain, to close of charge or consolidation lanes. 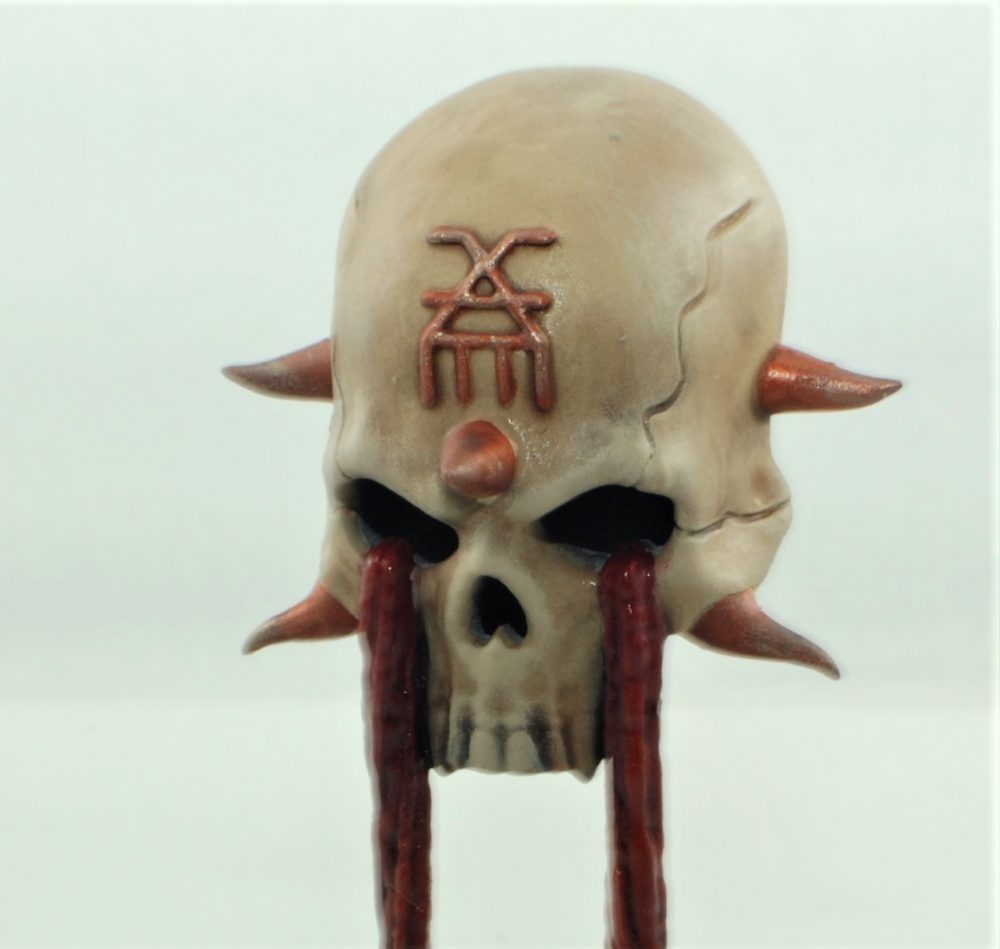 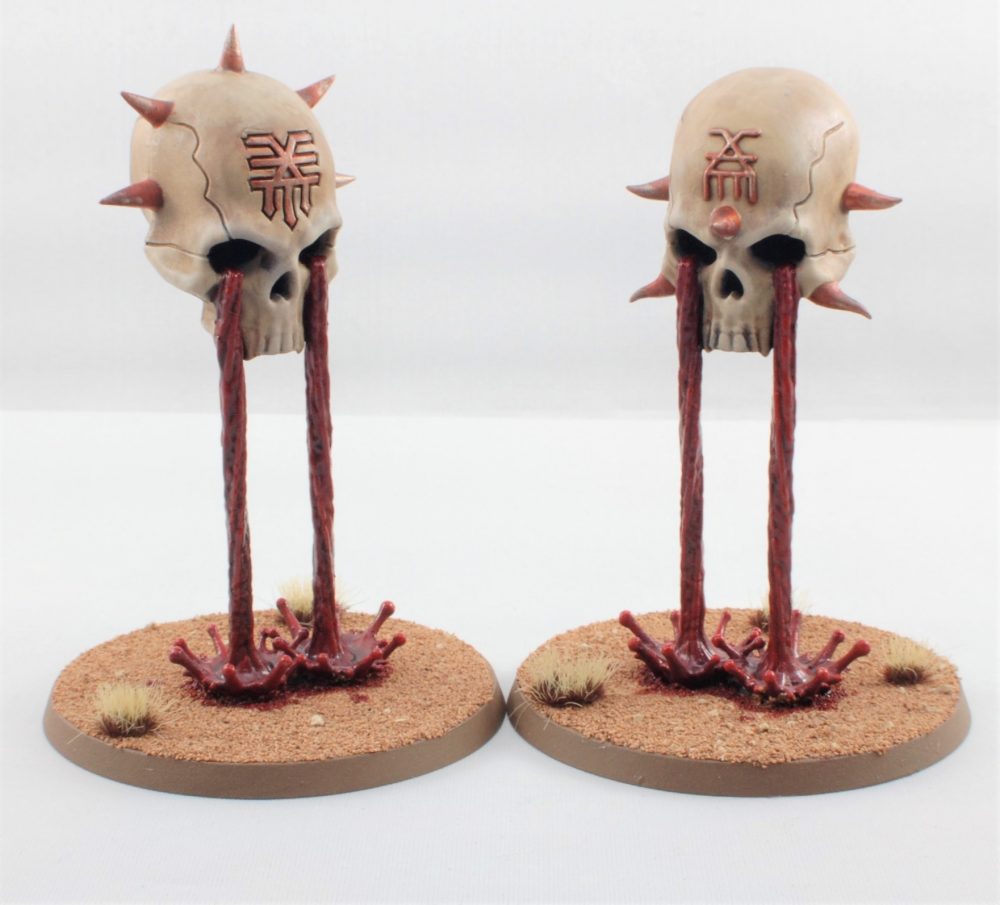 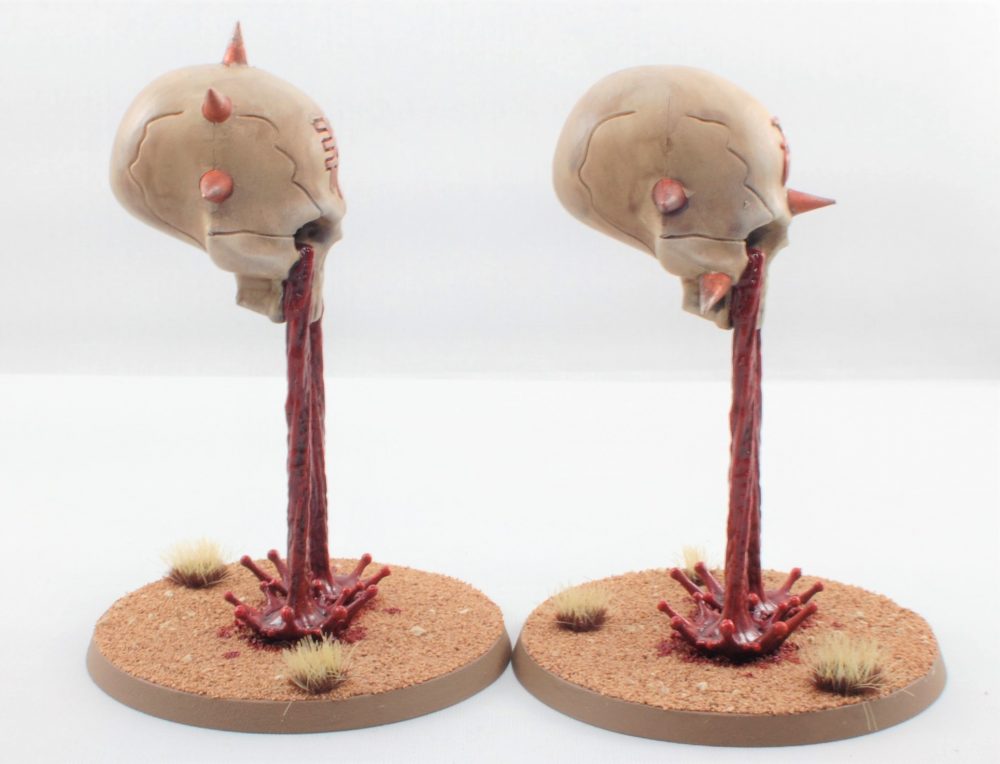 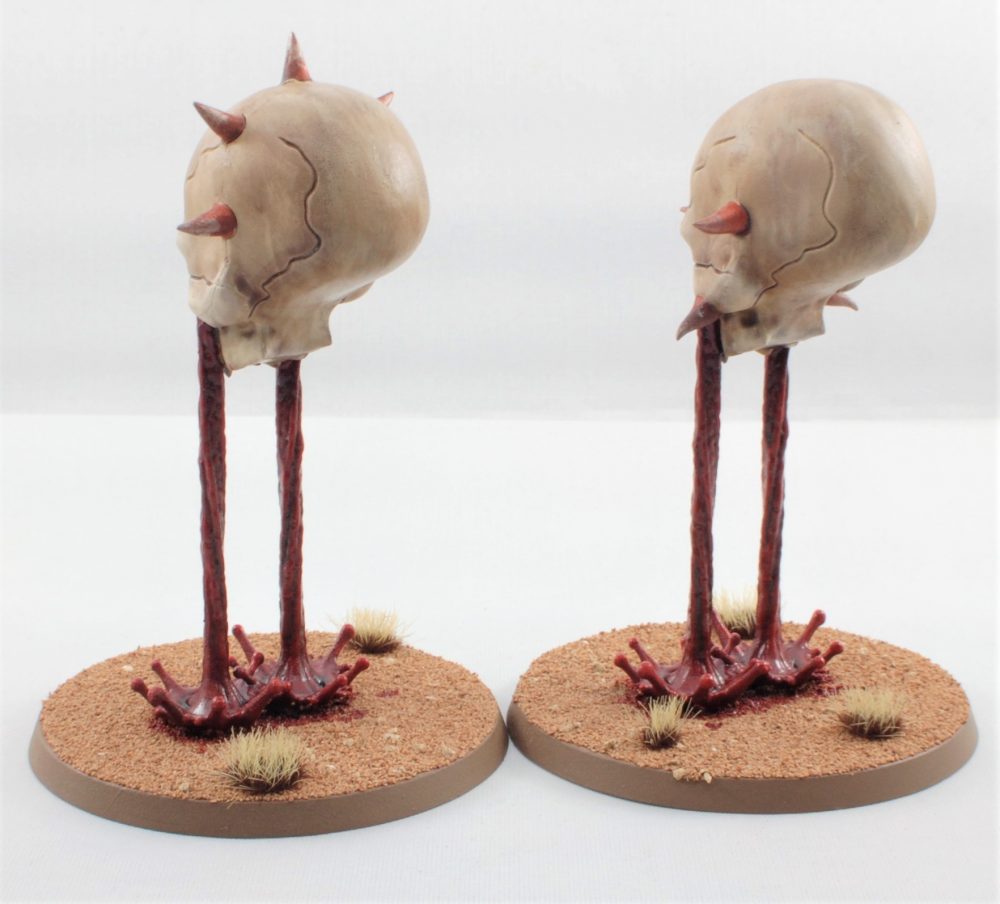