The finish line is in sight. I was able to paint the Stormfiends and a Bombadier over the Christmas break.

After the FAQ and some play testing I have decided on a new list. I think I would have changed it a bit more if I had some more time to build and paint, however with the time crunch I am under I decided to just modify the list a bit, as opposed to a complete change. This has already been submitted to the BCP app. So this is what I am rolling with.

The basic change was to drop: 40x Plague Monks, 1 Ratling Gun, and change the Bombardier to an engineer. With the free points I added in 2 Warplighting Cannons. I definitely miss the bodies count and however the Cannons give me way more range and Hero killing power.  They are very swingy, but add a bit of punch. I have played a few games with this list and it seems to smash or get smashed. Much of that has to do with me learning to play it better.

As the year goes on I plan on modifying the list, probably with adding in Clanrats and a bell over Monks with a Furnace.  Just to get a few more bodies on the table.

On these models I have been using a mix of Contrast paint and regular paint. All in all I used contrast, shades, dry brushing, glazing, and edge highlights on various parts. I painted these to a better level than the Monks and Clanrats. I think they turned out nicely.

I converted this Clawlord into a Bombardier: 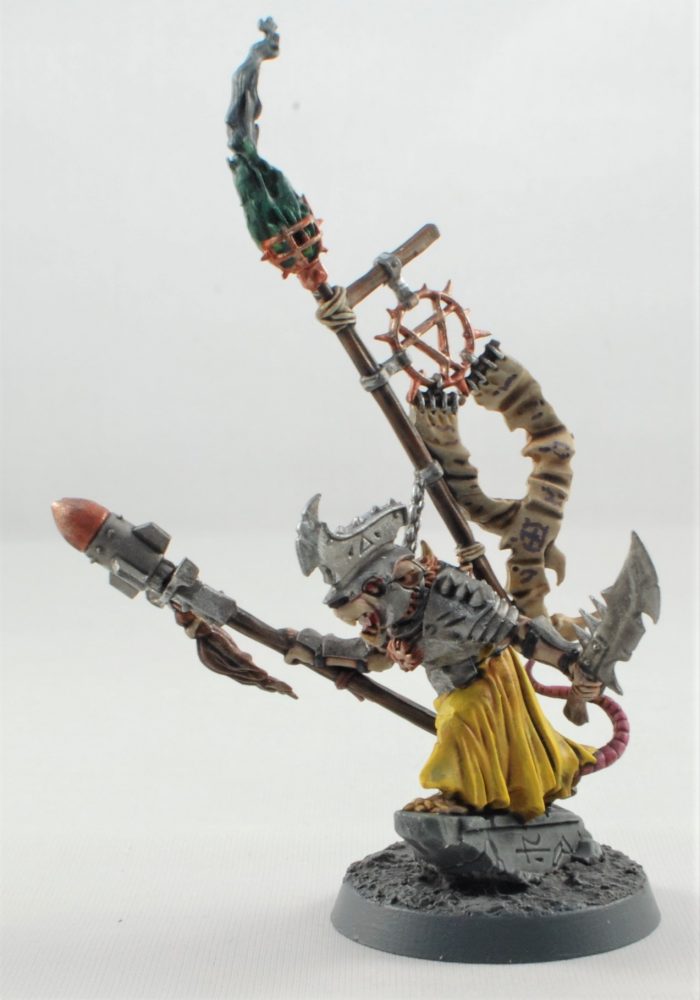 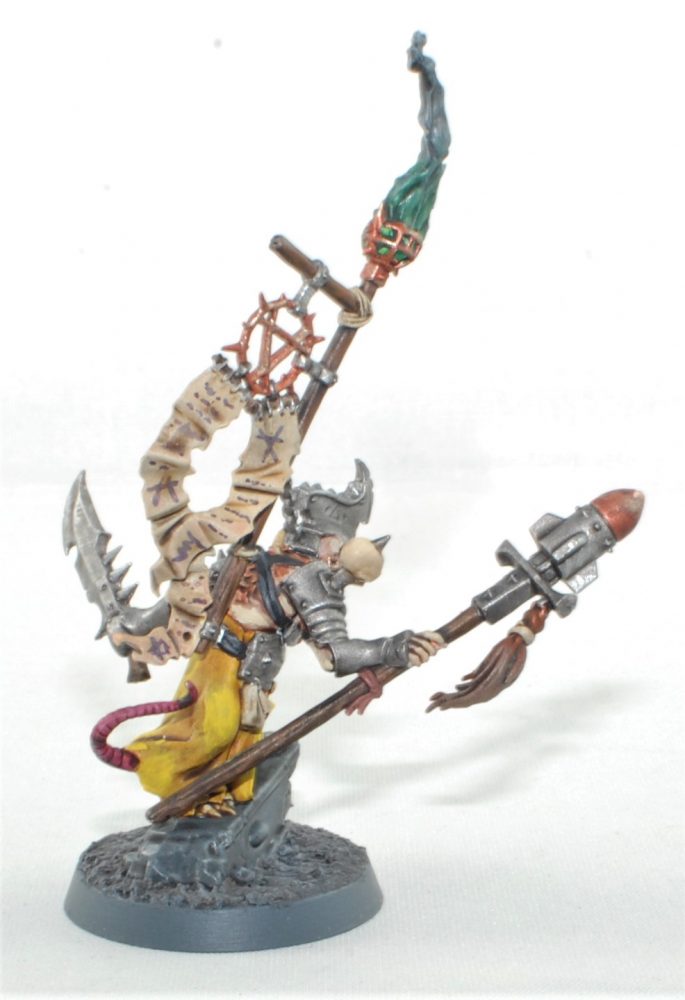 The Yellow armor on the Fiends is a bit splotchy, however it adds to the dirty used look I was going for with the armor.

The Stormfiends are great models. They have lots of small details and give hobbyist the opportunity to use many techniques. 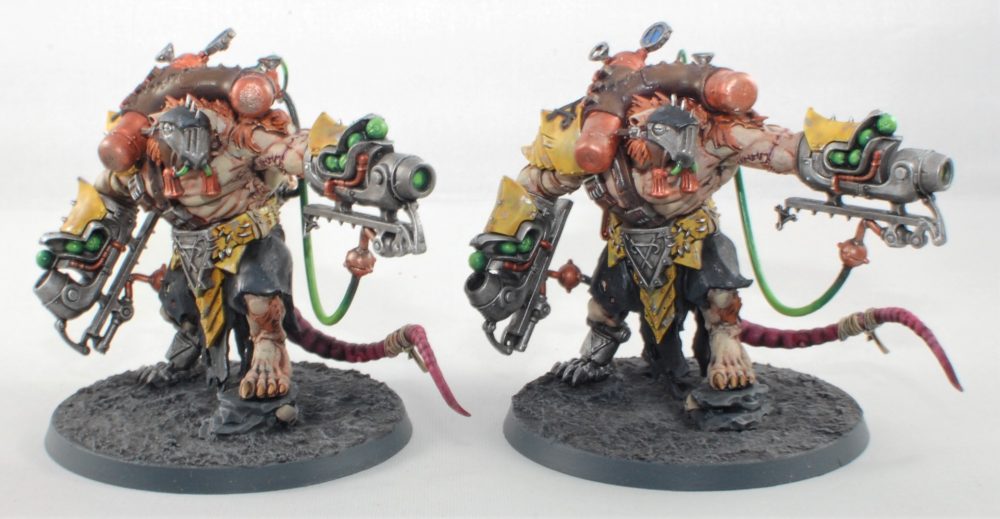 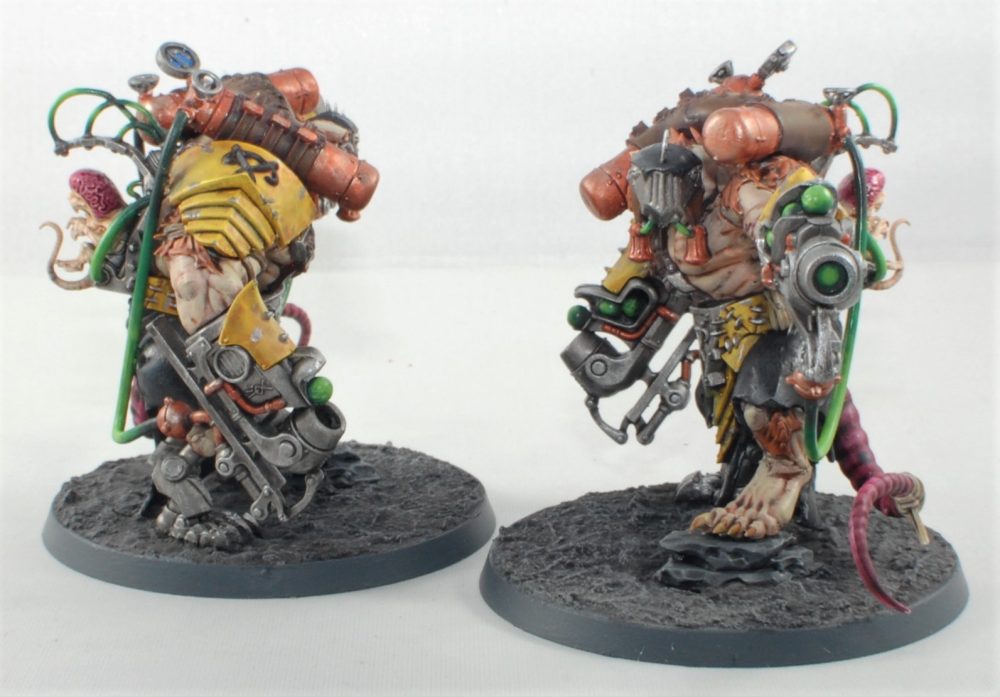 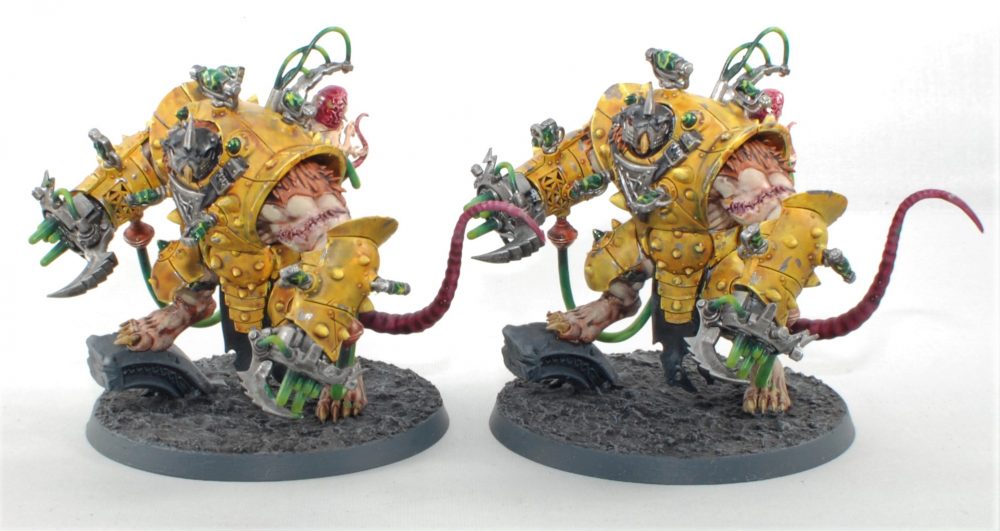 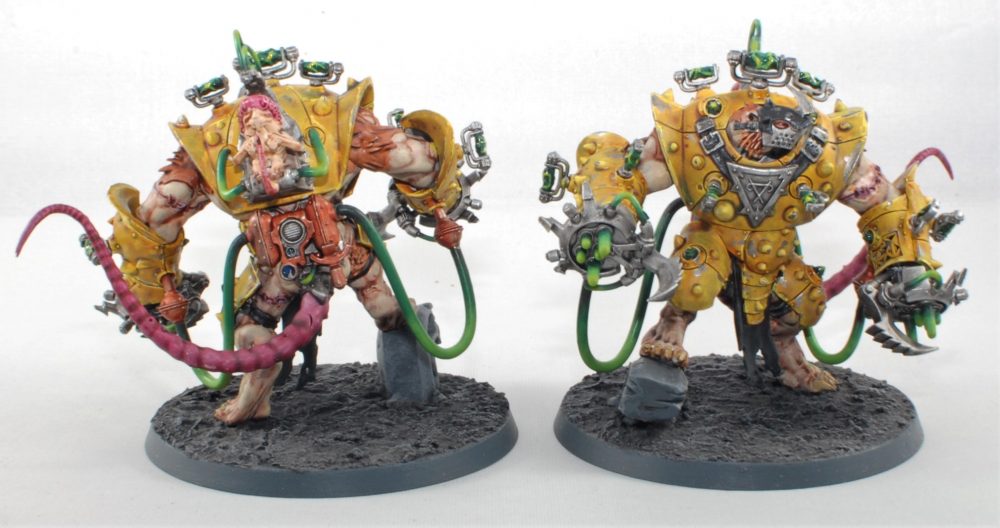 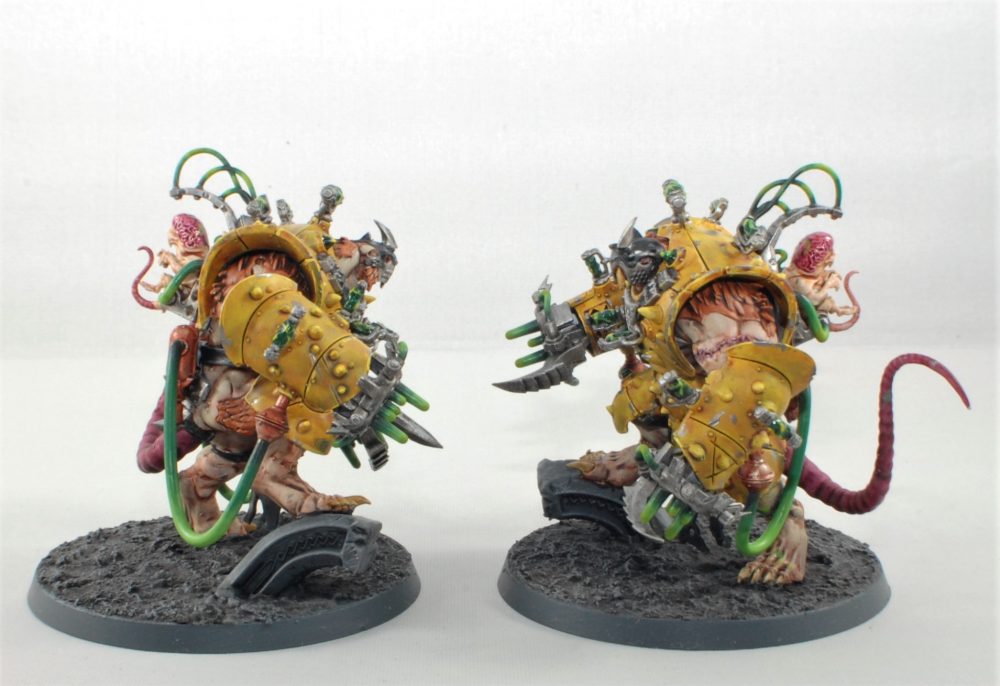 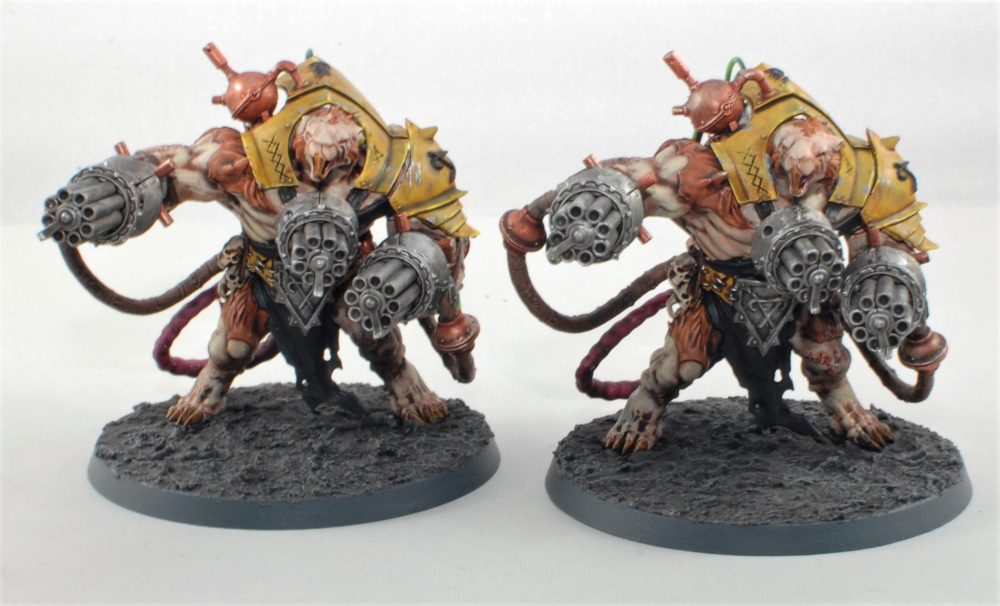 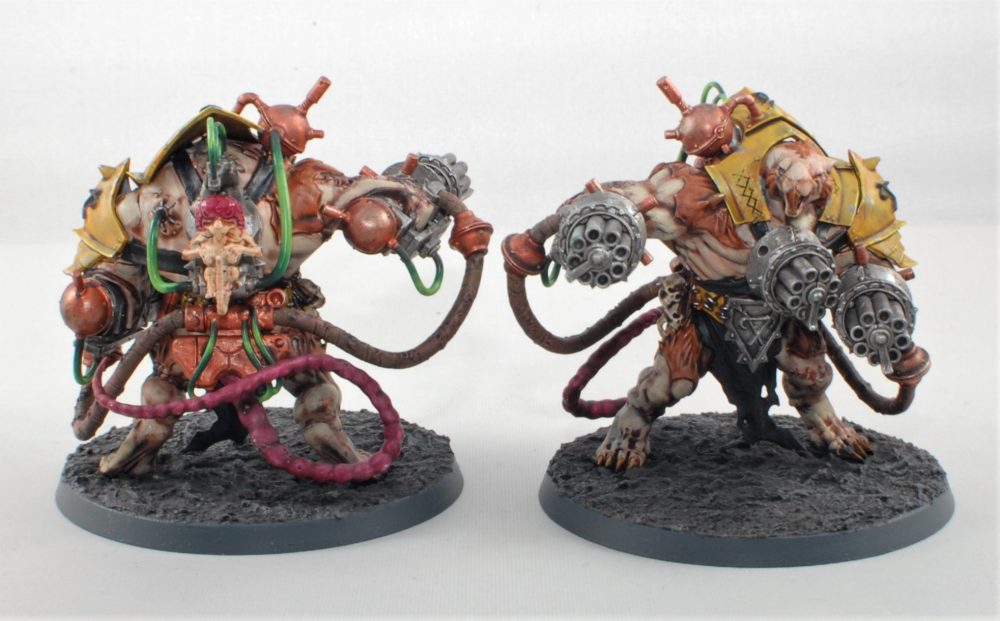 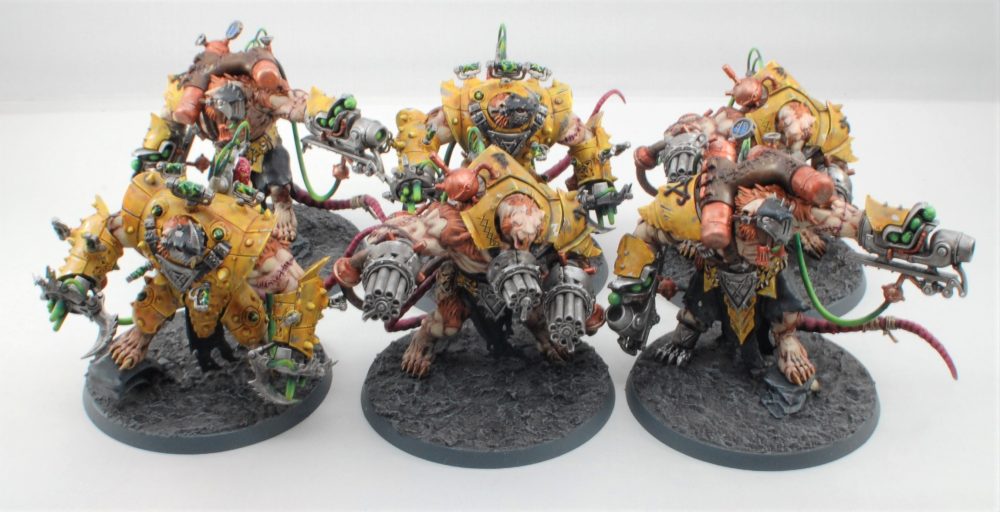 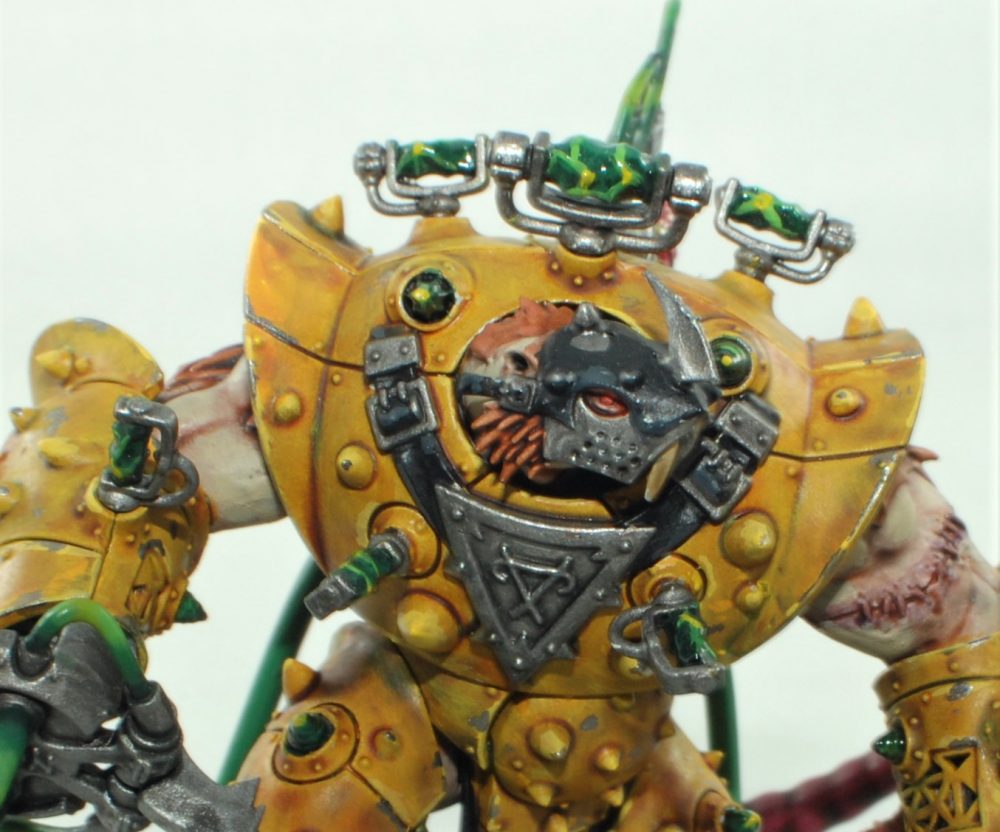 I have just about wrapped up the rest of the painting. By the next post I will have it all complete. I plan on heading to a local tournament this weekend to get a few competitive games with my list. After that just finish up my “simple” display board and magnetize my movement trays.