Well it was a little work, but I managed to complete building and painting my list for Slambo GT in San Antonio. I would say that this was not as hard a project has my last army, primarily because the number of models dropped and I did not go to my Nagash level on any of the units.

You can see most of my thoughts on the tactics of the list here: Link

What I am hopping this weekend

I am looking forward to hanging out with all the crews from the other cities, I hope we will get an opportunity to go out to supper with them.

I know my list has a few hard counters, shooting, hoards of -1 to hit models. But if I get a little lucky on match-ups I could win 3 games.

Models, Board, and Retrospect on the Project

This was not that bad of a build and paint. It took a week or so longer than I wanted. I still have a few summonable units that I did not get to build and paint, like a unit of Flesh Hounds, a Chariot, and a Skull Cannon.  The likelihood of me using any of those was low, primarily because I use the Blood Tithe mostly on the ability chart. If I do summon models it is to bring in Bloodletters to hold objectives with number of bodies.

I think the display board is a bit crowded with all the models, I would like a few less just for aesthetics. I think the big models take away from the display as a whole and it does not help that all the Bloodthirsters are in the same pose. They are great models, just on the board I have constructed 3 seem to crowed it a little.

I think if I could go back and change anything about the project, I would have not built a second Fury BT. I had an extra built and then switched it out for a wrath. That $140 I could use on something else. Also I may have gone with Chaos Warriors over Blood Reavers. I dont think I would have had time to paint all of them though. 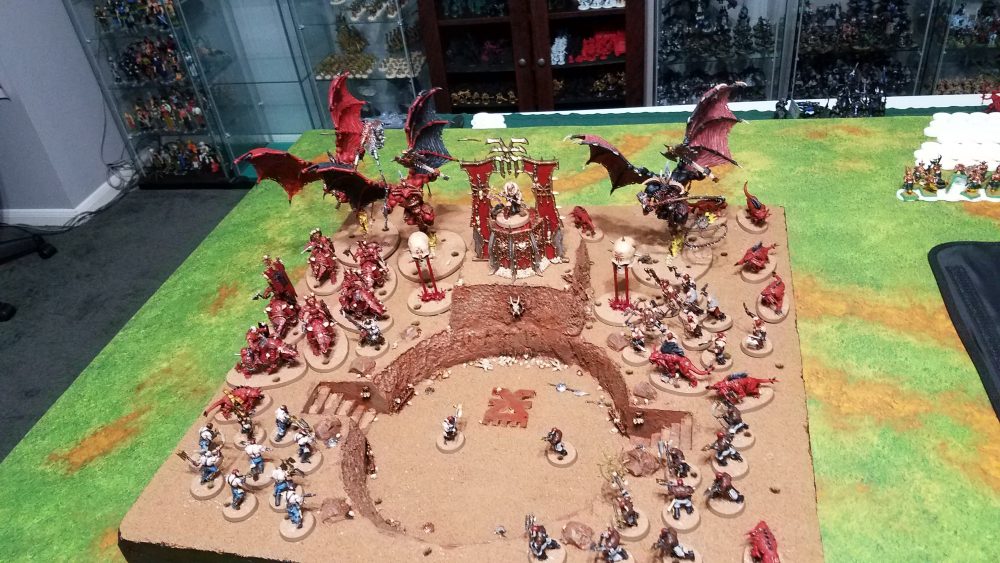 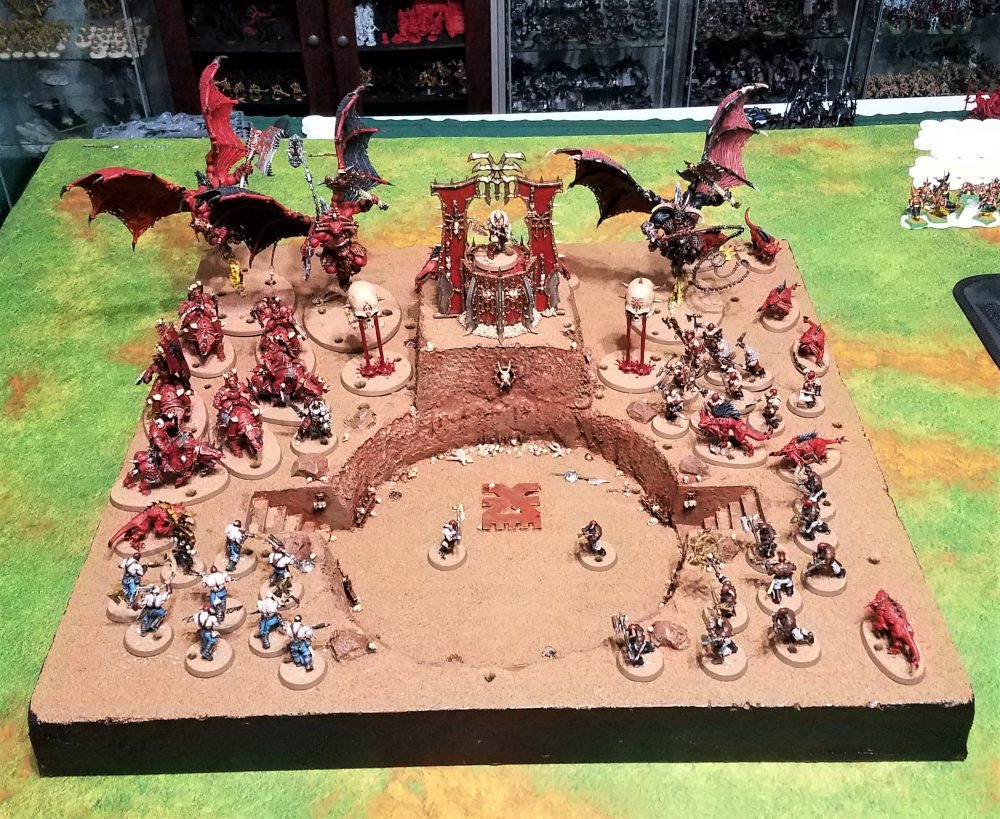 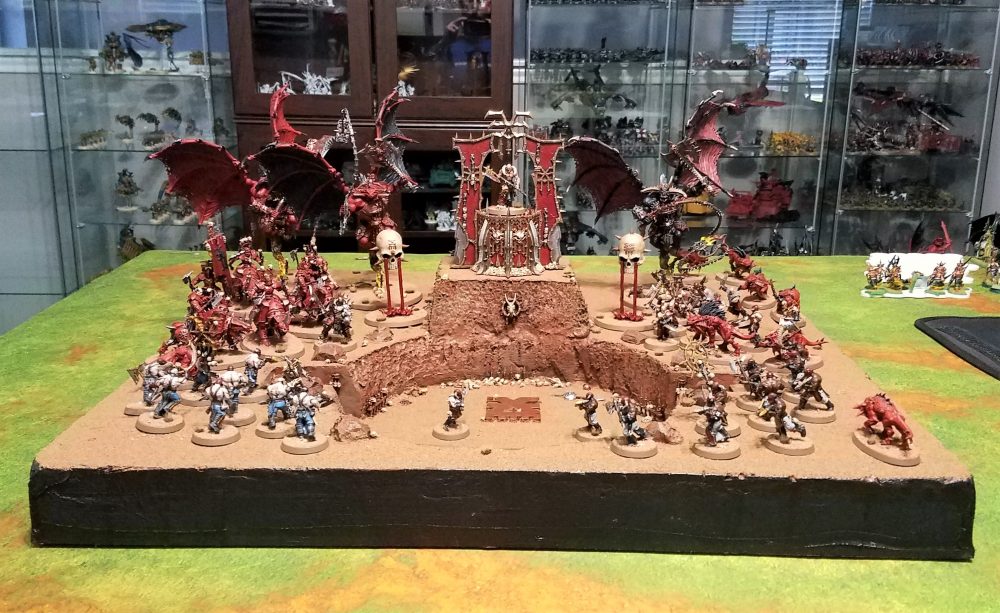 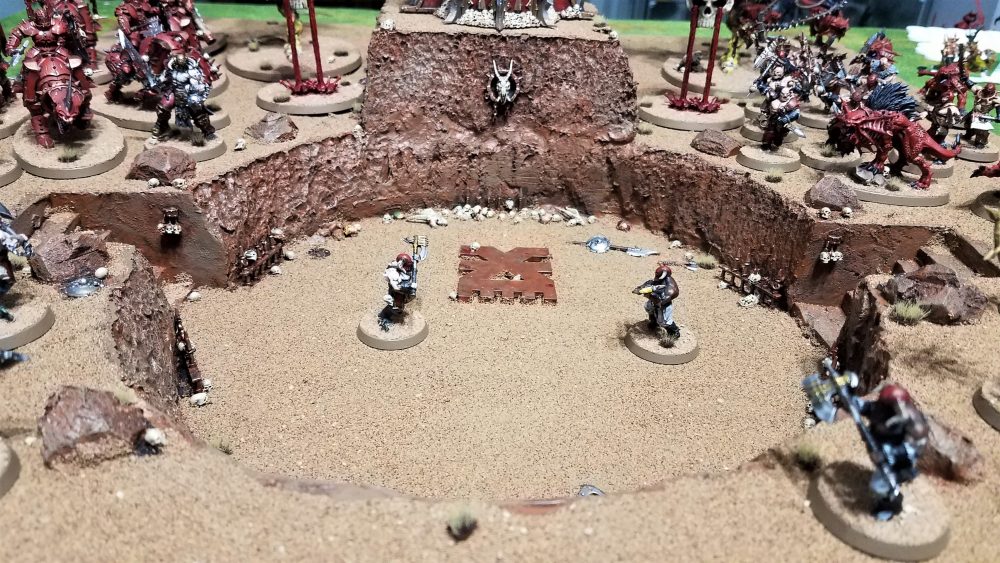 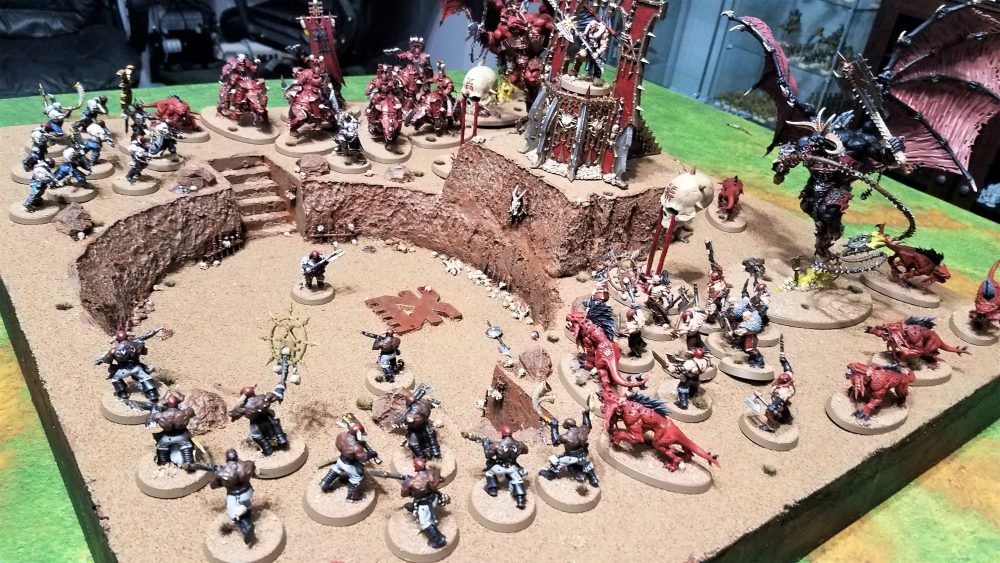 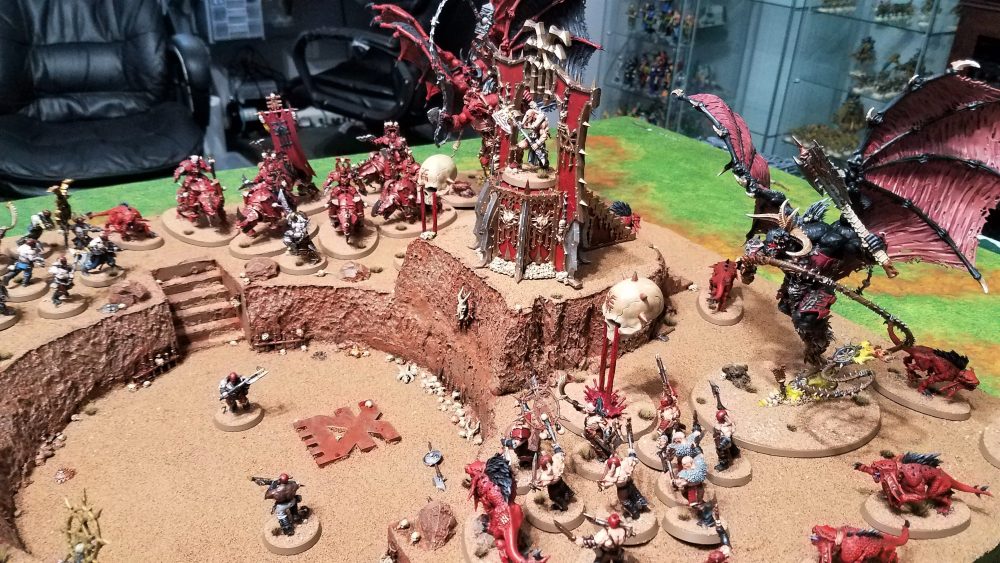 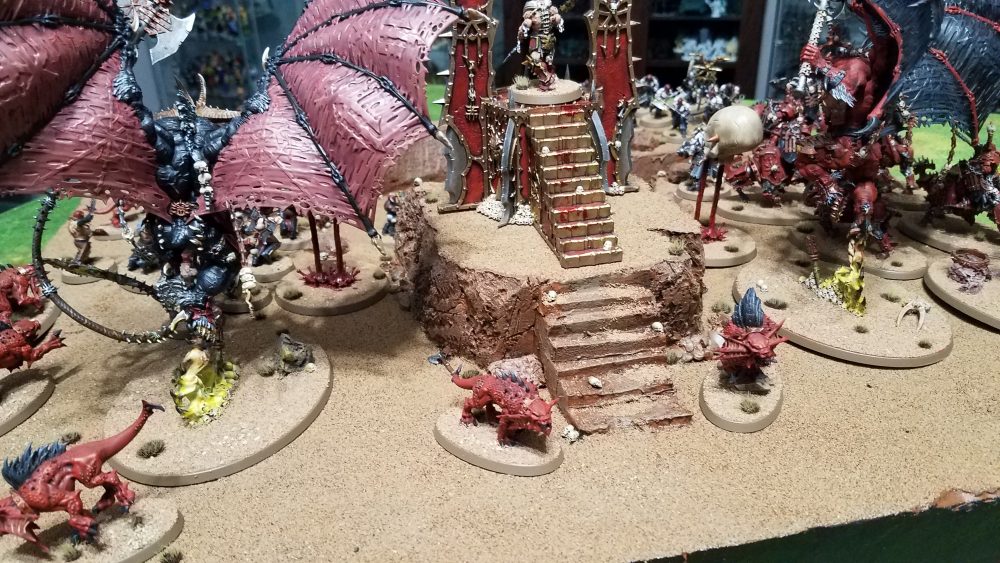 The weekend after Slambo the last ranked tournament will take place in Houston at Atomic. I am debating on going. I have a lot of personal stuff I have been putting off, but if I bomb at the tournament I may need the points. However I have worked out a deal with a mercenary band of rats to bring out to the tournament. They will not guarantee a victory for me but they would put the odds in my favor for sure.

I have a plan for the army I may take to The Texas Masters if I make the cut. I am not sure on it yet. I don’t know if I will run this list for that tournament, we will just have to see how it does this weekend.

after that I am going to lay low for a bit and build some models. Start getting prepped for next season.