I had a conversation about a month ago with myself:

‘Ok what is your plan if you make it to the masters?’

‘Well I don’t really want to run Death with Nagash and I don’t think that my Khorne will get me 5 wins.’

‘I was thinking of a Stormcast shooting list. Or I have a cool idea for a Legion of Night Army’

‘So you think you can win with ether of those?’

‘Well who knows, it could do ok. I do have an idea for next tournament season. But there is no way I would be able to paint it up in time for the masters.’

‘What is the army idea for next season?’

‘About 80 monks and some shooting.’

‘Sounds like a good idea, why not just run it at Masters?’

‘Mostly because there is not way to paint 150 rats before the tournament.’

‘Are you saying there is no way to get it all painted in 3 months?’

‘Well not if I want it to a reasonable level of painting there is not.’

‘I am not sure if you aware but there is a thing call Citadel Contrast Paint. You know, the magic elixir that GW has invented in a secret lab deep in the Amazon Jungle’

‘Do you think it is any good? I heard it is not that awesome’

‘This guy did a good job with it, check it out, https://www.youtube.com/watch?v=IobJTxh9nXk&t=314s

So I decided that I would go full force into building and painting a Skaven army for The Texas Masters. But before we get into the hobby progress lets talk list design.

If you want to see a more in depth write up about my AOS doctrine check it out here: http://thejtj.com/2019/07/29/new-directions-the-crowd-source-lists/

When I started playing AOS my first real game was against my friend Michael Nguyen and his Beastmen. Around that time he was starting to transition to his second army Skaven. So my first handful of games was my Death going up against rats. As we both learned our armies, I had to listen to Michael tell me 100 times that Death and Nagash, “are OP”. At first I thought this may be the case. I could outlast him in most battles and would end up winning in the late game. Then one day he decided to try out a new unit, 40 Plague Monks. I did not pay them much mind at the first of the game, I was ignorant of what they do. However once he made it into combat and I started getting a better idea what their potential was the only thing I could think of was, why had he not been running these in every game! As the months went by it seemed I was saying the same thing about almost every new unit he would bring; Rattling Guns, StormFiends, Jezzails, etc. Around the time that I went to Slambo I had made a decision to build a more competitive army for next season. I could think of nothing better than rats. They have numbers, melee output, magic, shooting, and crazy shenanigans. From having played against them so many times I knew I could build a very strong list out of the book. My direction was set, now to build a list.

I have also been watching a good bit of lives streams from The Honest Wargamer, and at the London GT a few of the players did very well with Stormfiends and Monks. I knew that I wanted lots of Monks and good shooting. I looked at Jazzails and Warpfire cannons. However I just think that Fiends are very strong currently.

I think this list has some good potential. It has a good mix of strong shooting and strong melee. I think the key to victory with the list is to go for a mid game win. Rounds 3-4 will be the most important.

So this is where I am at with my list, I do not plan on making giant changes, but may tweak a few things after a few playthroughs.

I have only worked on building and painting for around 30 days. I feel I have made great progress on the project. I will 100% say that it is only “battle ready” and it will need a bunch of work next year to get it up to my normal standard. However for the Masters it will be down and dirty.

Here is what I got so far: 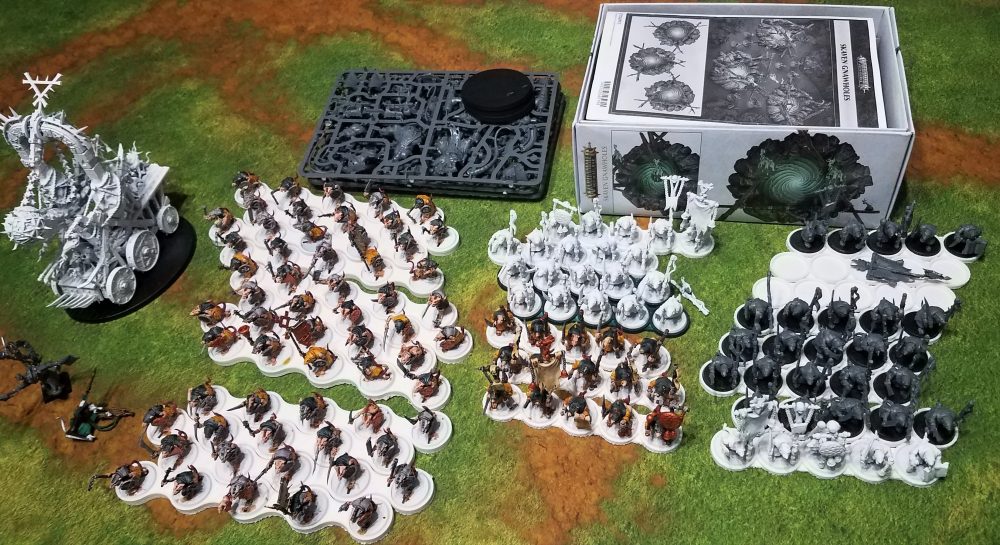 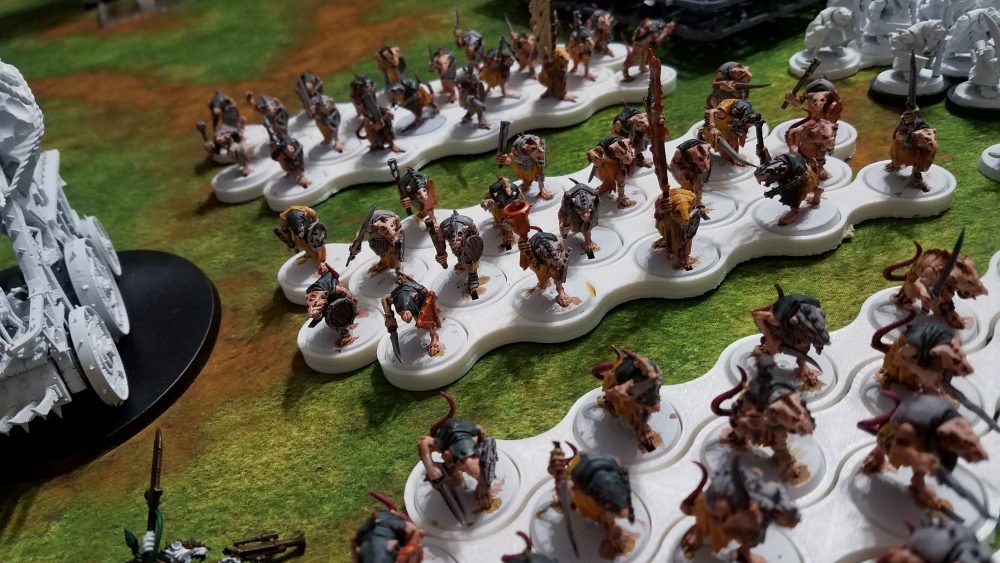 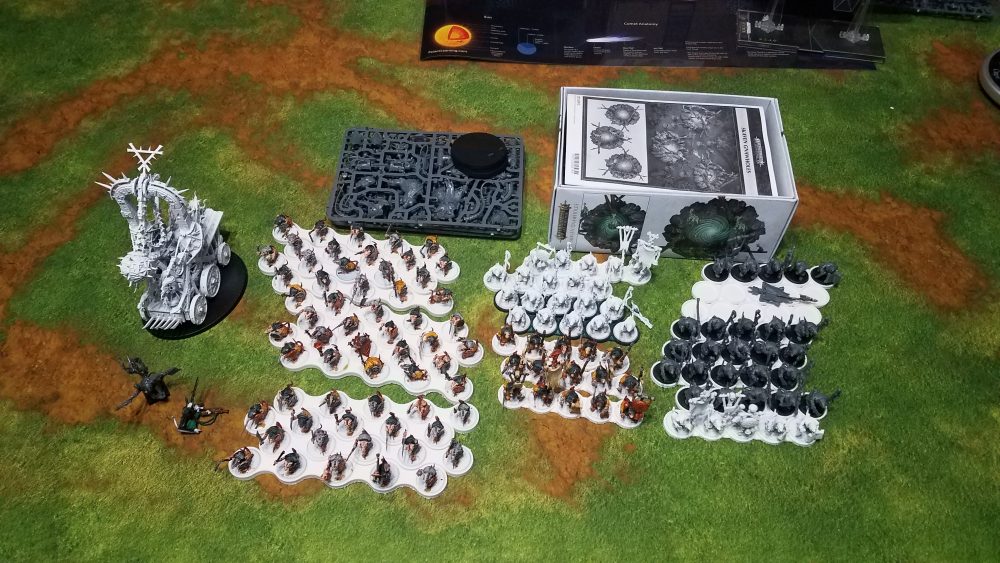 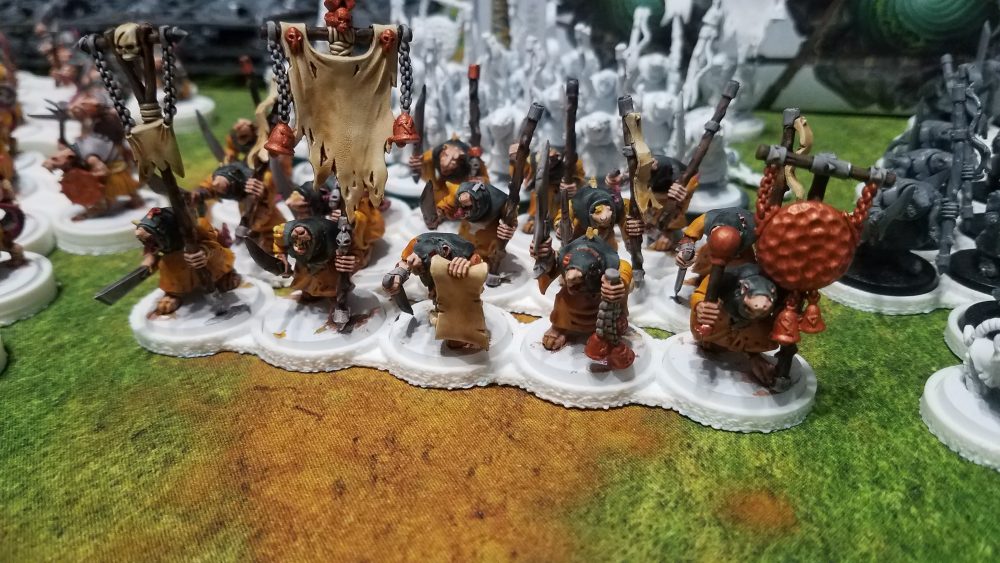 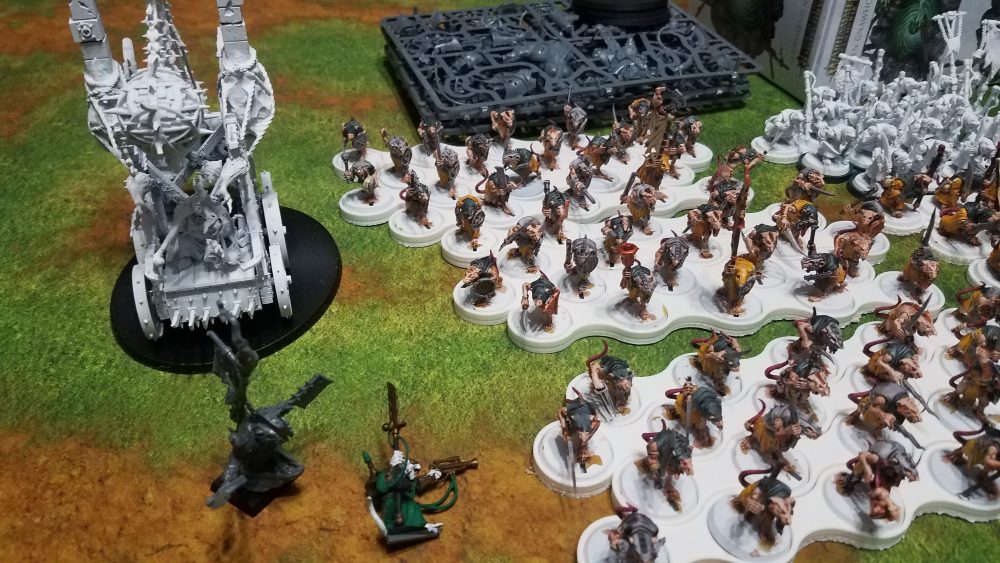 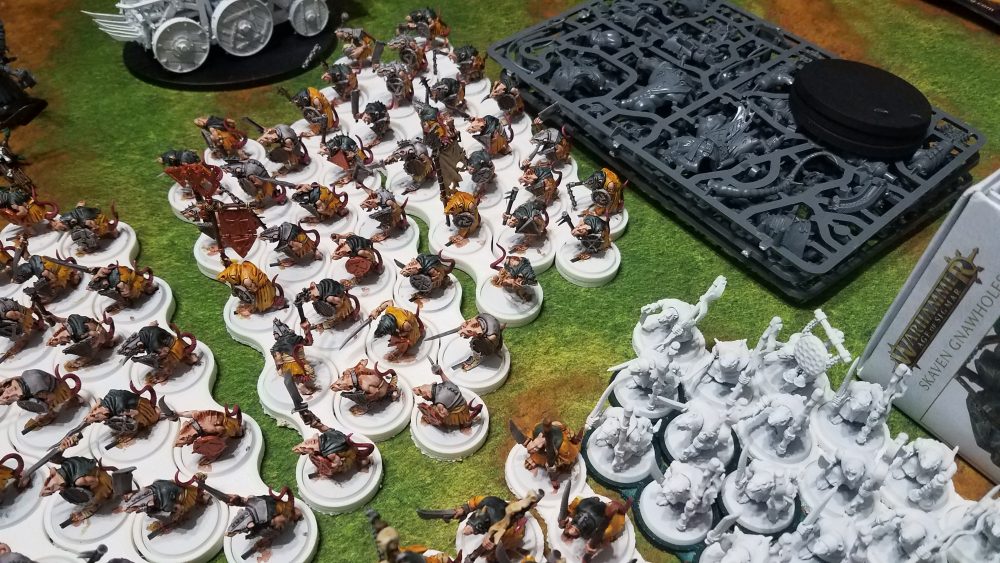 I am happy with the progress so far, in one month I have almost build an full army and painted about a 1/3.  Contrast is the truth when it comes to painting models fast. If you are a person that does not care about having a super nice painted army and you just want to get that tournament standard, it is worth the purchase.

Here is the paints I used for the Clanrats, with notes:

So far I am fine with the results. I have not based anything yet, I plan to make my own texture paint to do a cave floor style. Next year I will wash and dry brush all the models to bring them more in line with my normal painting standard.

I have a good idea for a display board, but I do not plan on having it complete in time for the Masters, It will be completed next year for the GT season. I plan to make this the most in-depth board I have made so far.

In just about 30 days I have made good progress.

So what do you all think?