My simple display board is 99% complete. All I need to do now is seal it with a PVA wash.

When I decided to make a Khorne army for Slambo I knew that time would be factor. I wanted to do another display board, but wanted to make it way less involved than the Death display I made for Warzone.

While I was brainstorming what concept I would do I had a few ideas, but I knew that I wanted something that showcased the Altar of Skulls. I wanted something that had some conflict and a bit of narrative. My original concept was to make a gladiatorial arena. I liked the idea of fighting for the glory of Khorne, however I needed to make sure that it could be completed for minimal cost and time. I first wanted to do some sort of wall like a rodeo arena, think of Conan the Barbarian when he is first put in the fighting arena after being freed from pushing the wheel. I scraped that because I did not want to construct the walls around the fighters.  As I kept sketching things out I came up with a pit design. The thought is that a fighter enters from each side of the pit and only one can leave, For the Glory of Khorne.

Constructions: the base is a 2×2 piece of hardboard. I used pink insulation foam to make the elevated parts. The center Khorne symbol was 3D printed by Robert T. I had originally carved a symbol out of foam, it was to look like carved stone. It came out nicely, however I used a sander to thin it down a bit and destroyed it. So I got Robert to print me one up, and just made it into a metal style symbol. I used the Citadel Skulls for most of the skulls lying around. I wanted to put more skulls, but time was a factor. I am generally happy with how everything came out, but I wish I would have taken a little more time to make the ballast a little less sloppy. 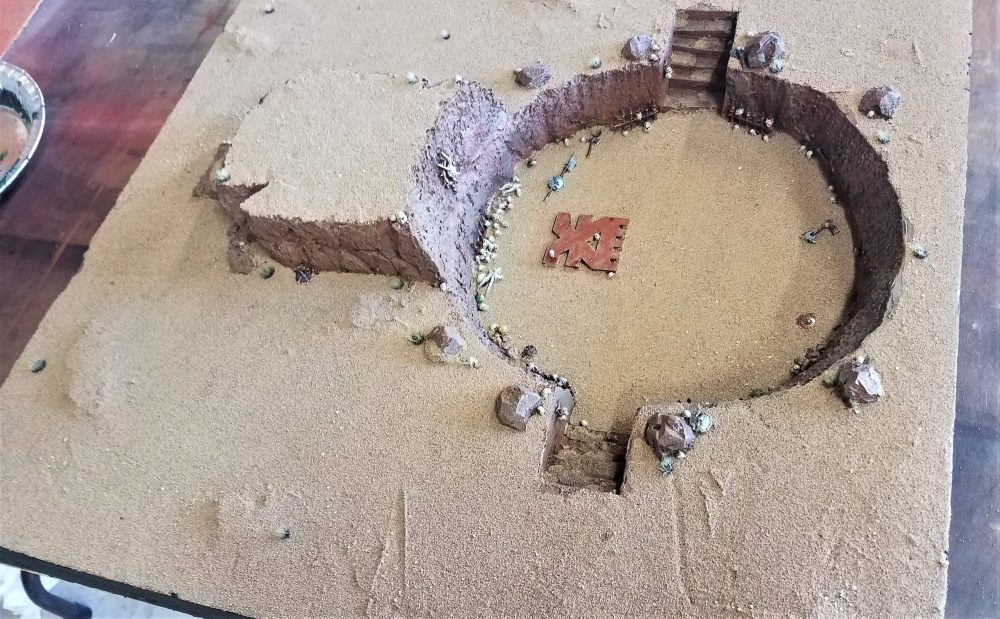 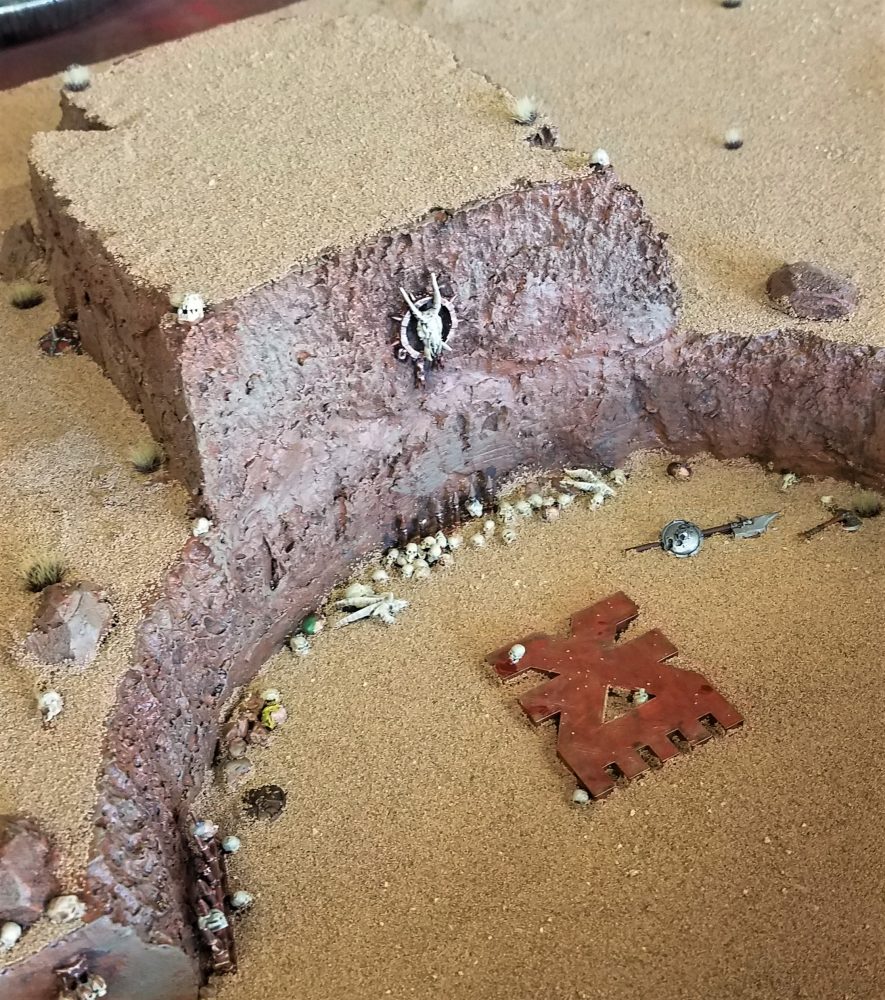 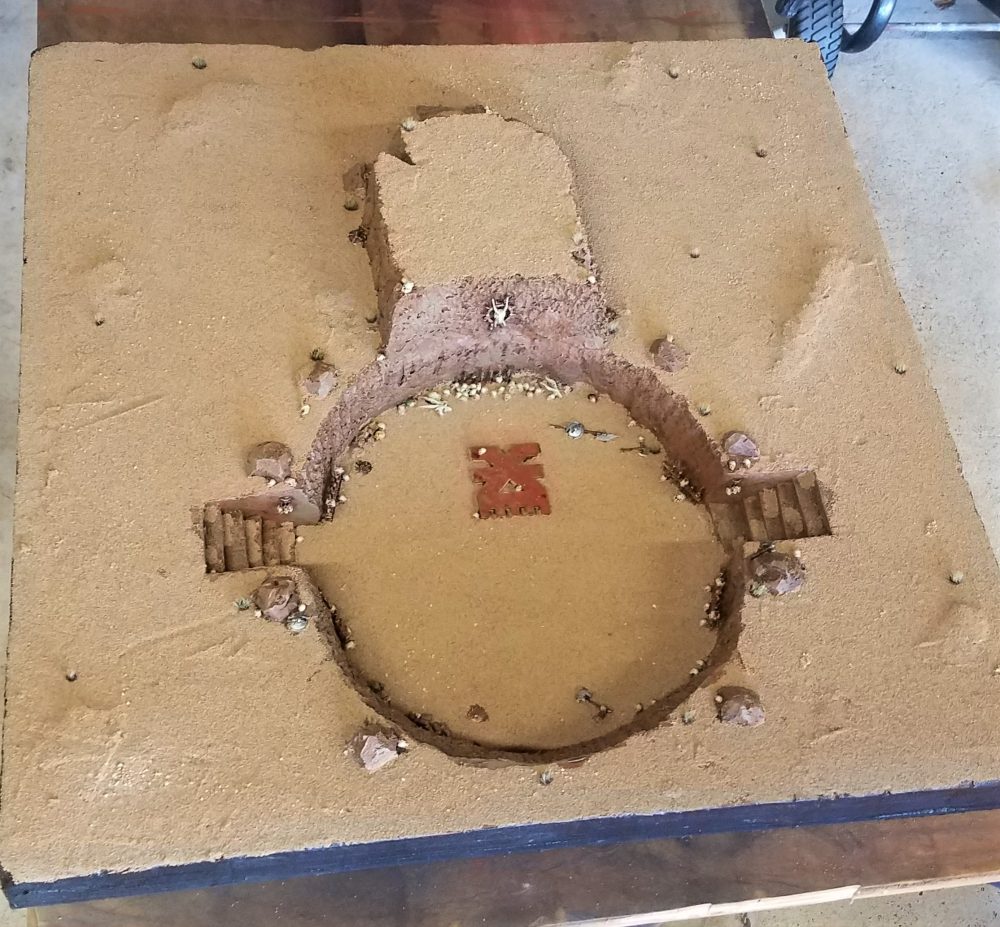 Built and the rock has been base coated. A heavy “homemade”, wash has been applied: 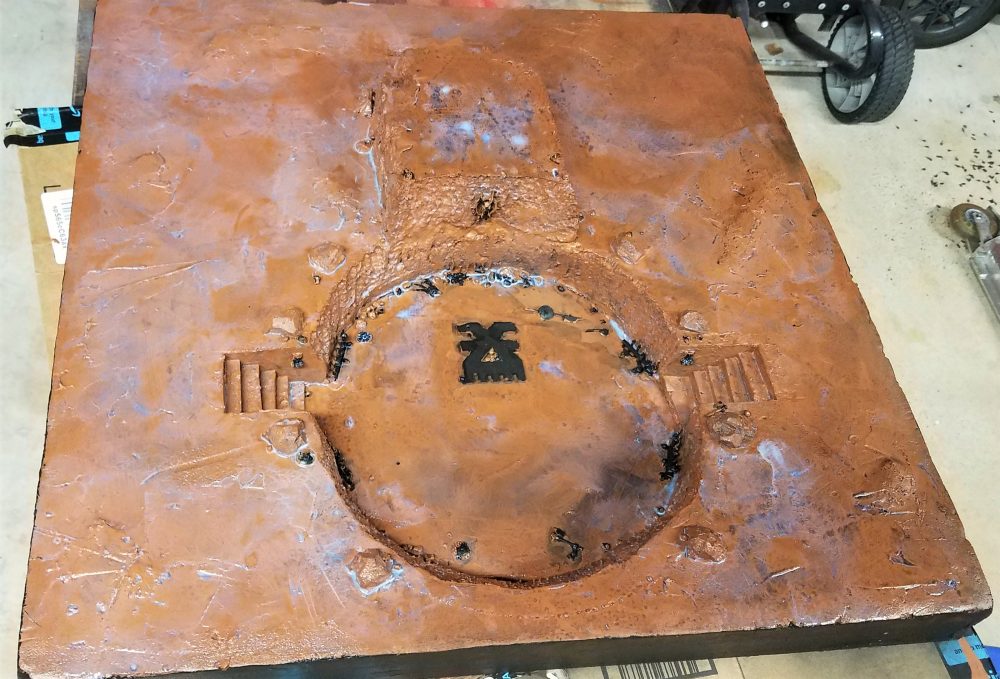 Construction. Foam has been cut and glued down: 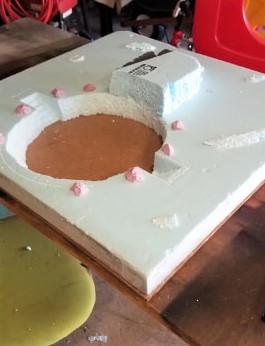 Thanks for looking, Pictures with models coming in the next post!