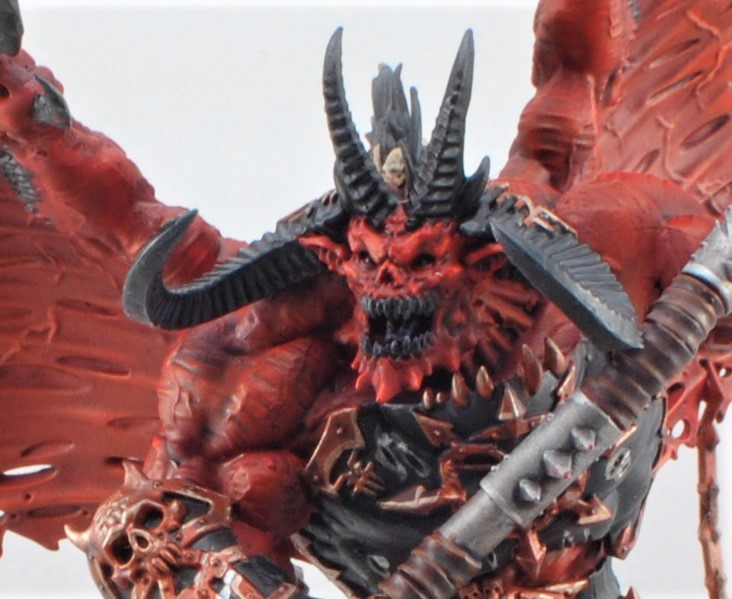 I am still not 100% set on my Slambo list, but I know I am taking 3 Bloodthirster, so I thought it was a good idea to get these painted first.

Tactics: From what I have seen so far with the Bloodthirster of Insensate Rage I can say that t’s damage output is not consistent. When he hits and does his average damage he is worth his points. When he does not he is just miserable. His survivability is not great, not bad, but had can be one shot and taken out easily by some units. In 5 games I have only had his Outrageous Carnage ability go off 1 time. It did help me win a game, but on paper I thought I would have had it hit more than once! I do like his Command Ability Bloodthirsty Charge. I usually run him next to another Bloodthirster and it just helps to negate that dreaded low charge roll. All in all I like him, I can see how he can singlehandedly win you a game and also be a no show the next battle. I also feel his diminishing profile hurts him the most of the 3, If you are going big take a Rage if you want more stable damage output take the others.

The Bloodthirster kit is an awesome model. It has great board presence, a dynamic pose and can be built in a few dissimilar ways. I know one of the biggest issues with this kit is that it can become unattached from the base. I think I solved this issue by drilling a tap hole then putting in a small screw and washer. Besides the washer and screw I also used plastic glue on the base. The pictures bellow are an example of what I did on each of the Bloodthirsters I made. 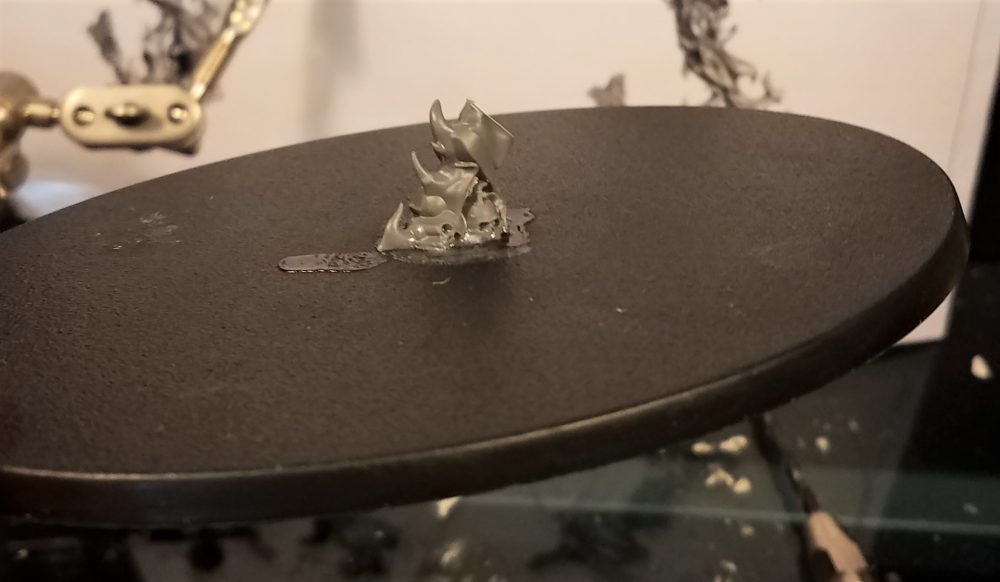 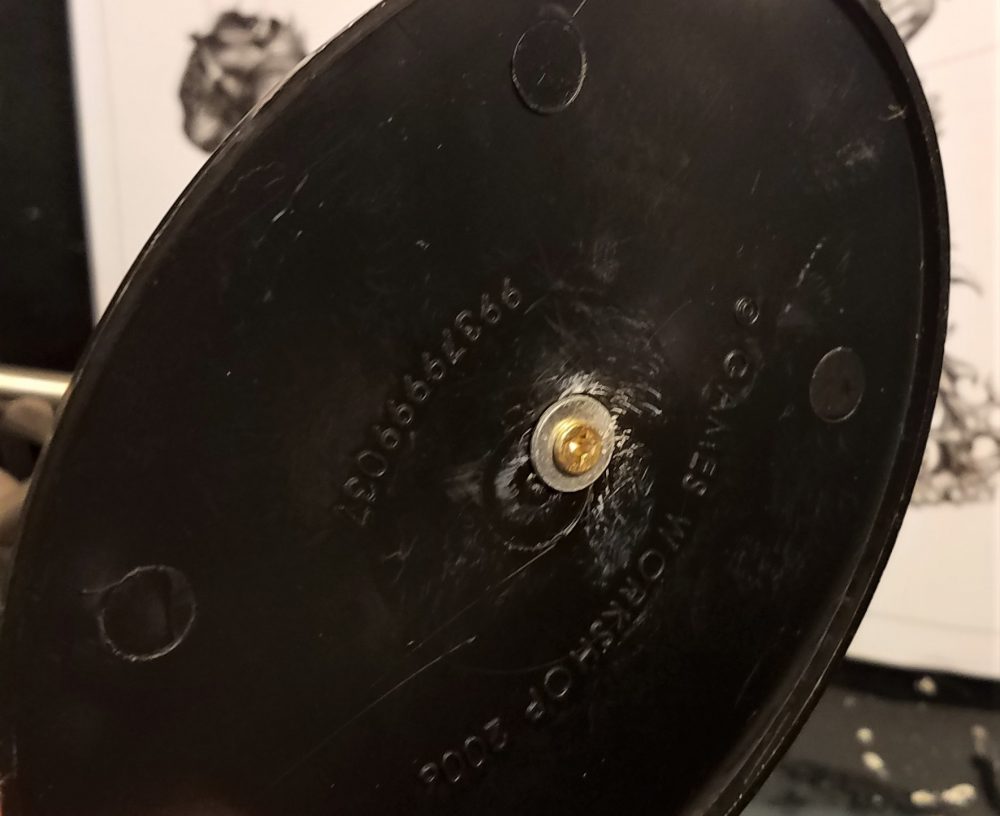 For this whole army I wanted to do a simple fast paint job. However I find myself adding more layers and details than I thought I would. I am on a very short timeline with this army painting project. This was one of my first attempts at painting a Deamon that was based with Mephiston Red. He painted up very fast, but be warned that these models are covered in seams. I used miliput and a file to get rid of most of the seams, but if you look close you can still see a few. This is also a prime models to do some Object Source Lighting. I did add a little, but did not want to go overboard. Plus time was a consideration.

As for the basing of this army I was going for an arid sandy type land. It will match up to the display board that I am working on. 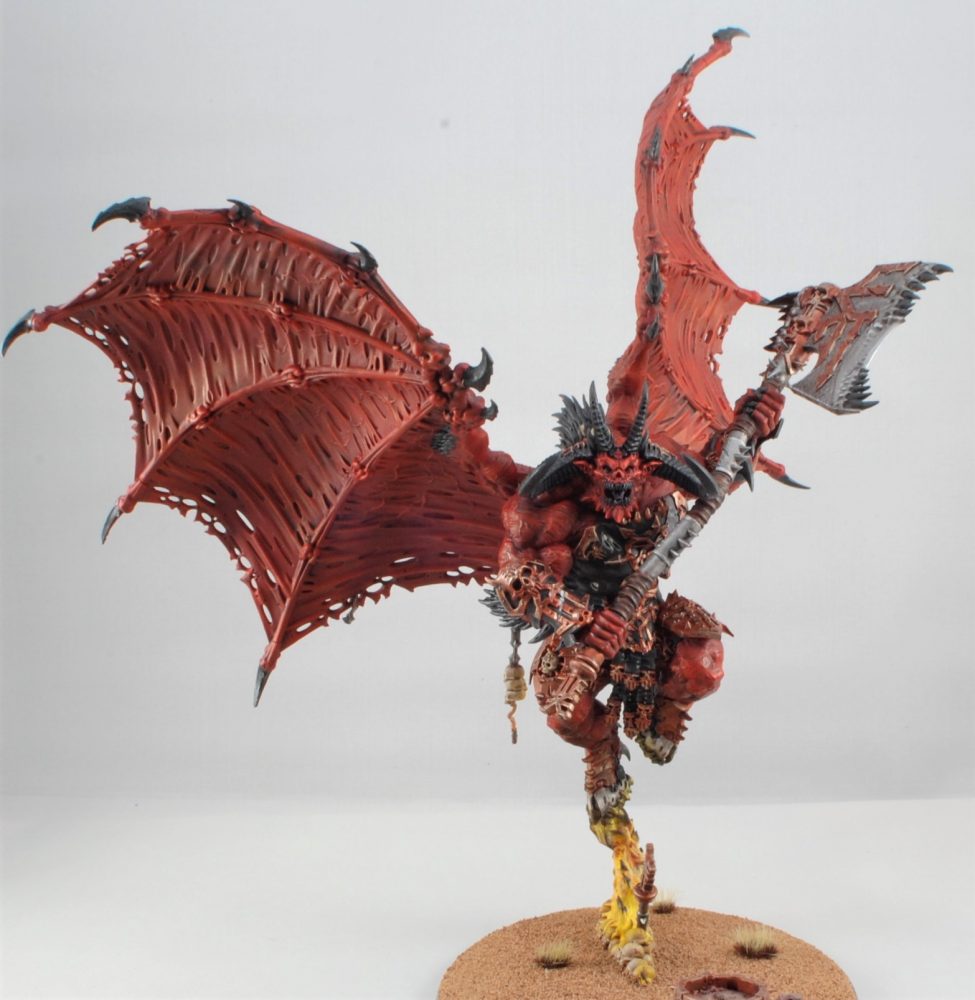 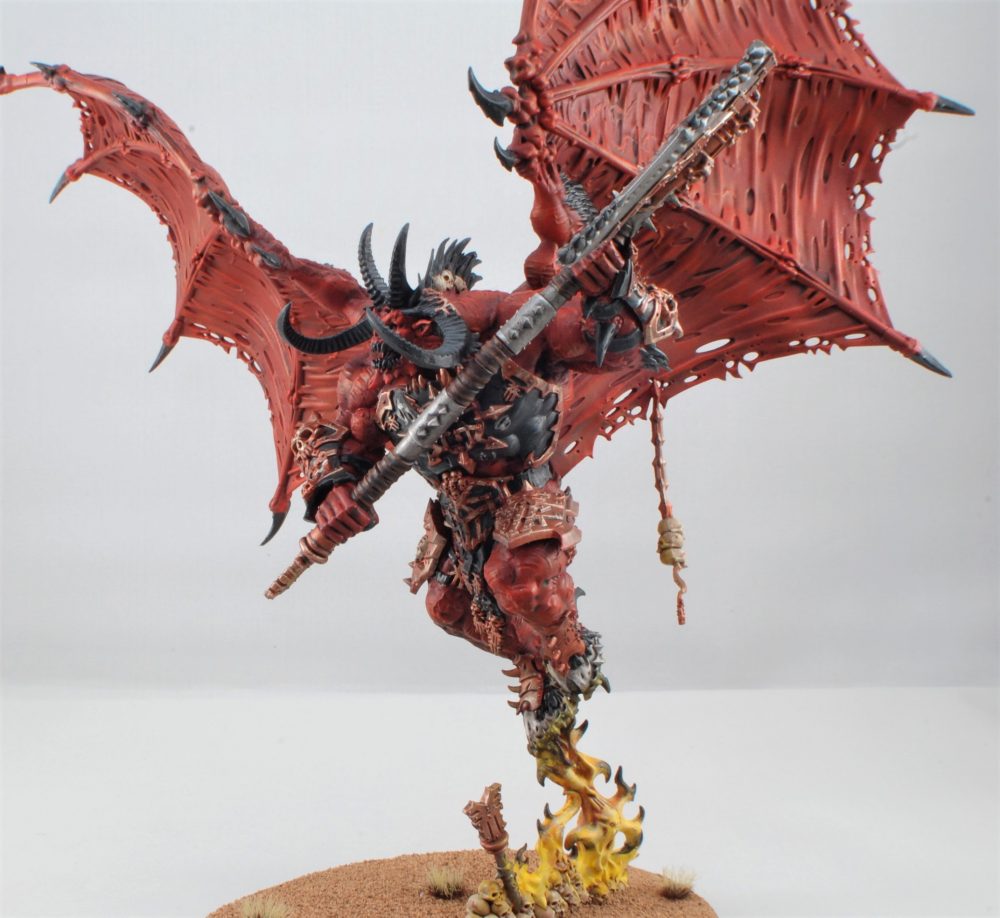 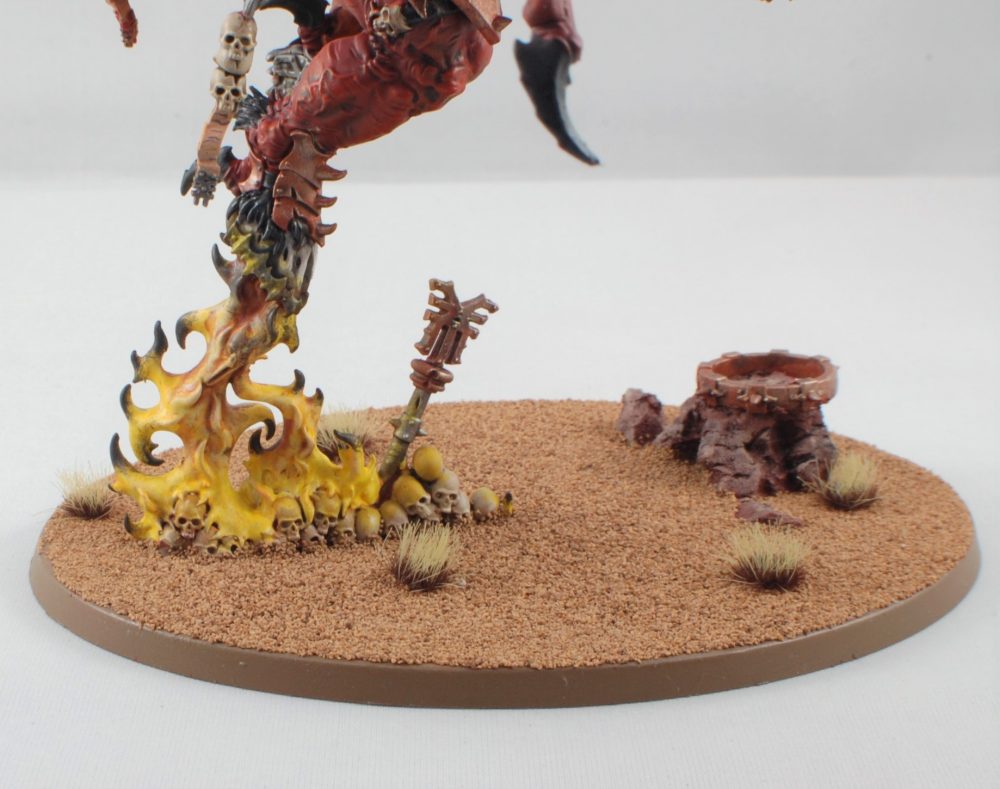 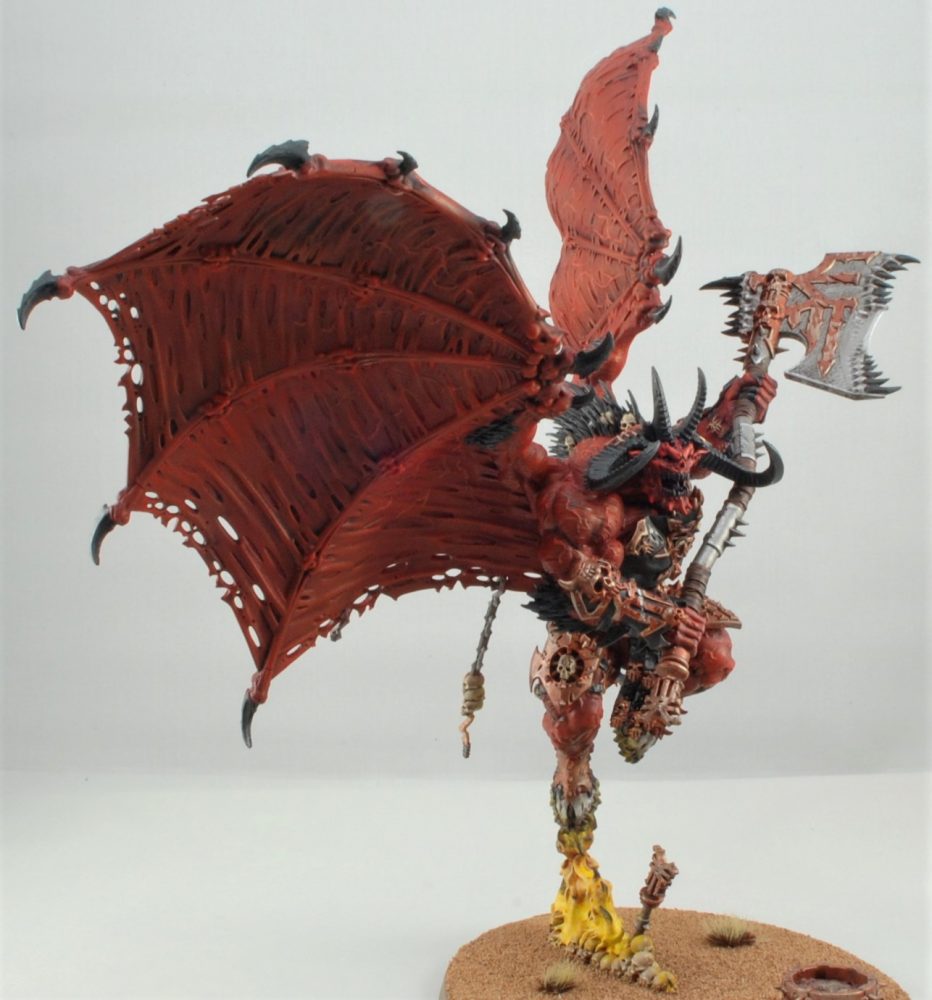 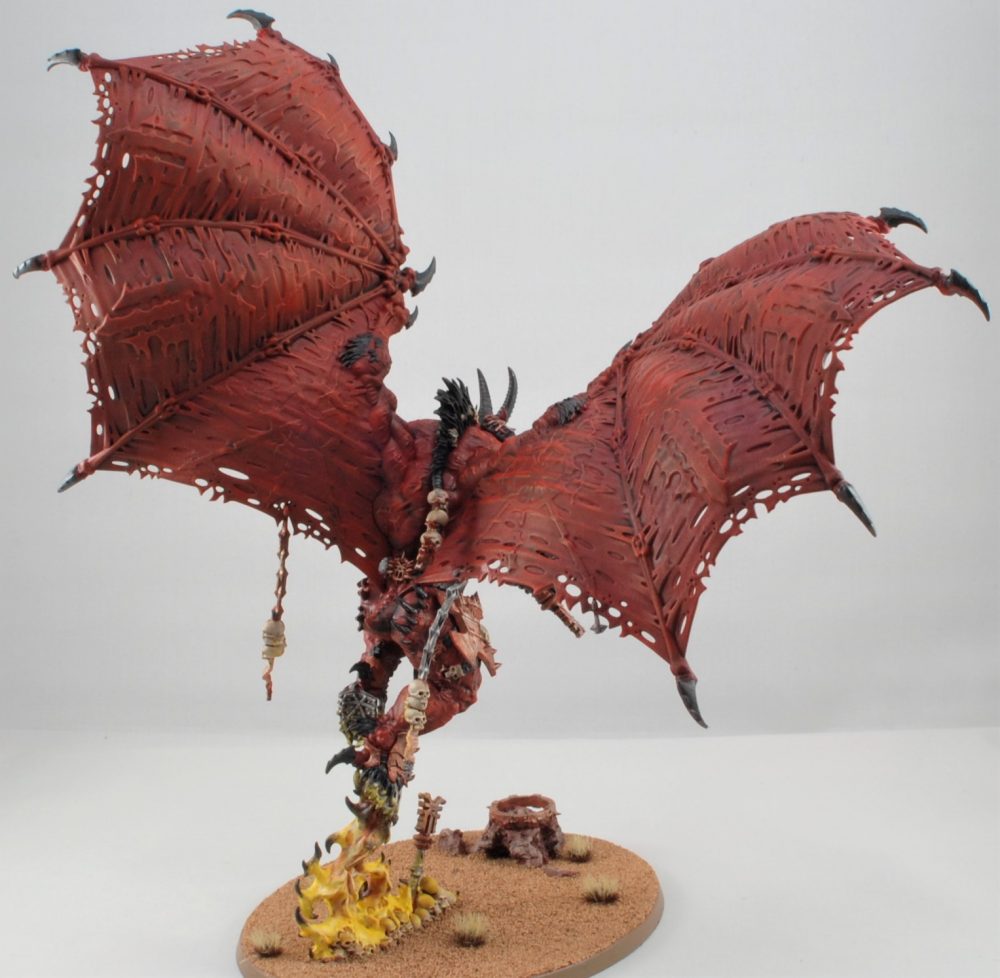 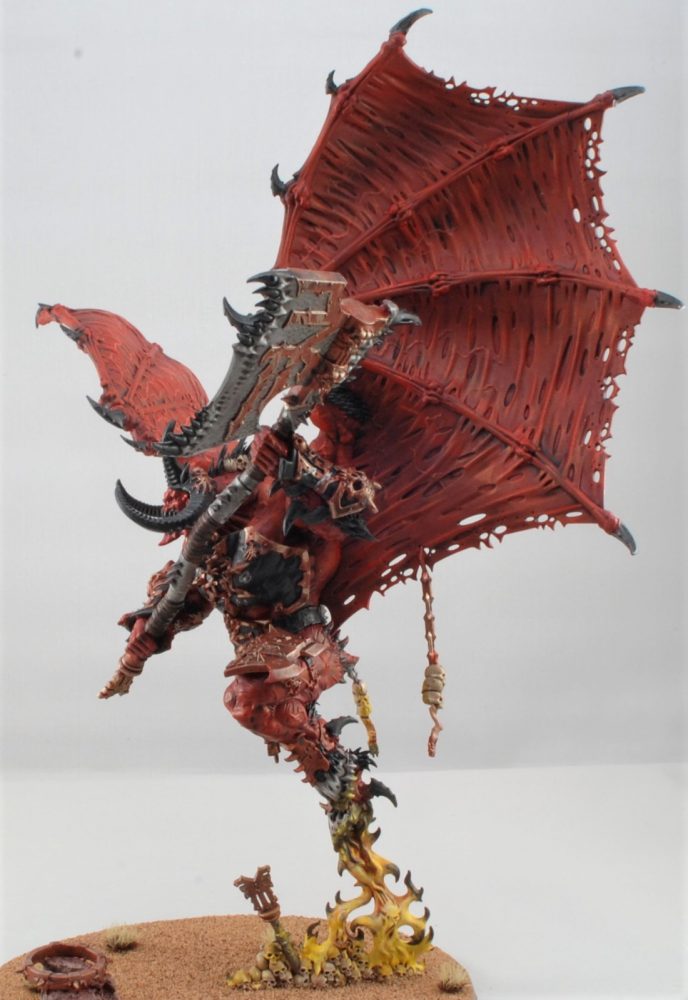 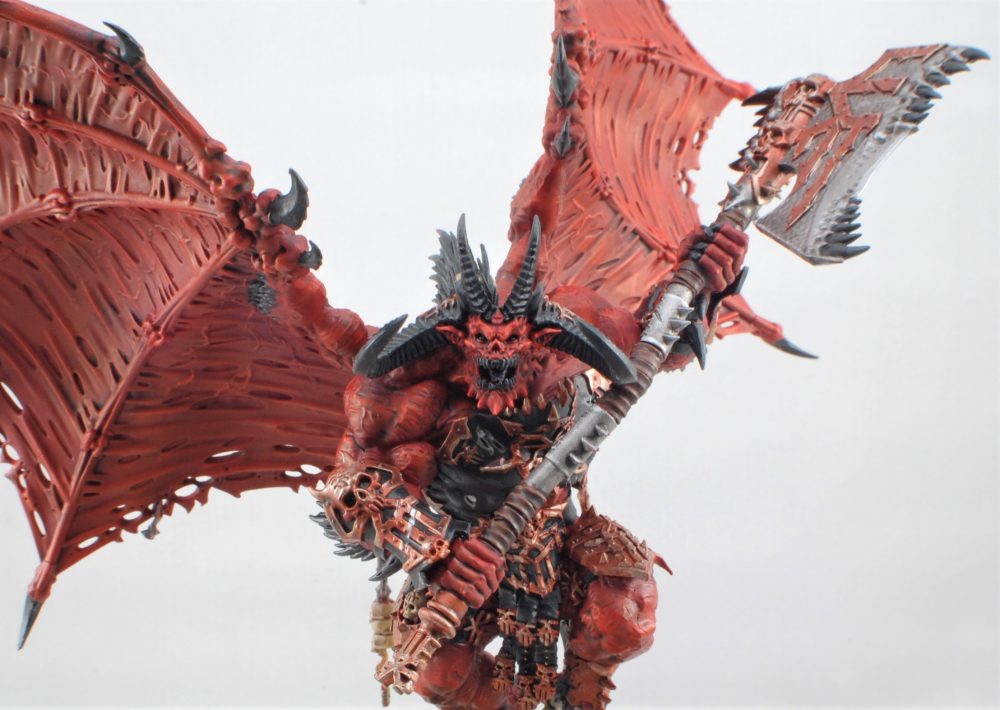